Anime of the Year nominees include ‘86 Eighty-Six,’ ‘Attack on Titan Final’ Season Part 1, ‘Jujutsu Kaisen,’ ‘Oddtaxi,’ ‘Ranking of Kings’ and ‘Sonny Boy;’ fans can vote now, every day, in every category, through January 25 – winners will be announced February 9. Fans are encouraged to vote on the Anime Awards website every day through Tuesday, January 25 at 5:00 PM PST.

Winners will be revealed Wednesday, February 9, 2022, across the Anime Awards website and Crunchyroll social channels. All winners will be chosen by global anime fans and a committee of international judges, who will cast a deciding vote in the event of a tie in any category.

Highlights of the Crunchyroll Anime Awards 2022 Nominees include: 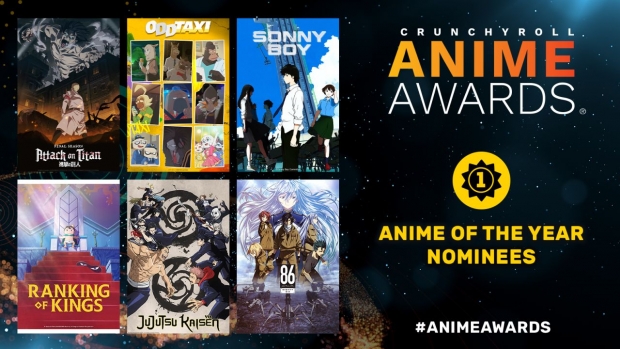 Anime of the Year See a full list of the nominees here – and get out and vote!