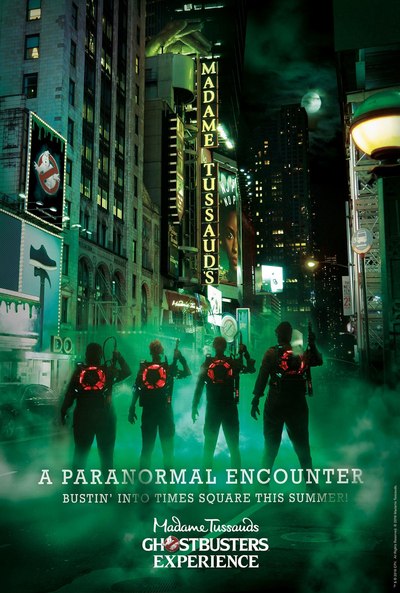 In Ghostbusters: Dimension, THE VOID’s proprietary hardware and software allow guests to step beyond reality and into the world of the Ghostbusters. Based on the new movie, this first-of-its-kind, Hyper-Reality experience blends real world physical environments with a unique untethered virtual reality (VR) setup that uses real-time interactive effects powered by the Unity Platform and 3D engine.

“This is precisely the kind of innovative use of VR that Unity is now powering with our 3D engine and platform,” explained Clive Downie, CMO Unity Technologies. “With an untethered VR experience that allows people to roam freely and interact with a physical world that matches the digital one they are seeing; consumers will have whole new levels of delight as they lose themselves in another realm. It’s giving presence to interactive storytelling putting people into the Ghostbusters world with high definition, high frame rate high excitement action, powered in part by Unity.”

Audiences get to experience what it’s like to be a Ghostbuster, tracking and trapping a supernatural foe through a New York apartment complex. The entire experience lasts about 15 minutes, with up to three people at a time and is scheduled to open to the public at Madame Tussauds, New York on July 1, 2016 as an add-on to their Ghostbusters Experience.

“The Ghostbusters world is the perfect fit for THE VOID because you literally strap our Rapture gear on and it turns into your proton pack and proton gun,” said James Jensen, Chief Visionary Officer at THE VOID. “One of the key components to powering this experience is a powerful 3D engine, and Unity was the obvious choice. Their VR platform allowed us to rapidly iterate on our ideas, while offering us an editor that lets us focus on storytelling instead of being bogged down in writing a lot of code.”