Liza Soberano lands lead role of Alexandra Trese in the Filipino language version, with Shay Mitchell taking on the English version; the highly anticipated series, based Budjette Tan and KaJO Baldisimo’s graphic novel, will be released later this year. 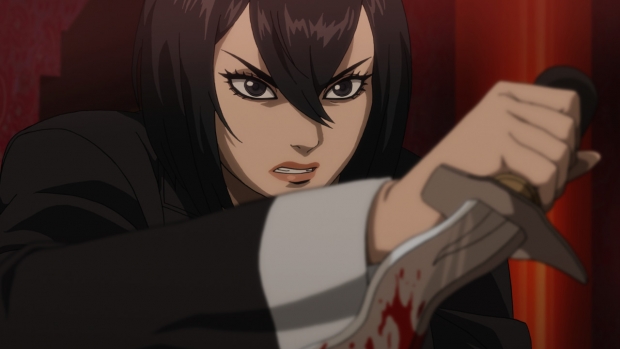 Netflix has announced the voice talent behind the highly anticipated Netflix Original Anime series Trese. Based on the Philippine graphic novel by Budjette Tan and KaJO Baldisimo, the series will star Filipino actor Liza Soberano (My Ex and Whys, Alone/Together) as lead character “Alexandra Trese” in the Filipino language version, while Filipino-Canadian actor Shay Mitchell (YOU, Pretty Little Liars) will star in the English version.

Set in a Manila, where mythical creatures of Philippine folklore live in hiding amongst humans, Alexandra Trese finds herself going head-to-head with a criminal underworld comprised of malevolent supernatural beings.

The series is executive produced by Jay Oliva (Wonder Woman, The Legend of Korra) and produced by Shanty Harmayn and Tanya Yuson at Jakarta and Singapore-based BASE Entertainment. “As a fan of the komiks, I knew that the title role of Alexandra Trese was going to be challenging to cast for the animated series,” commented Oliva. “It is important for the voice talent to embrace the layered character to fully become Alexandra Trese. My concerns went away as soon as Shay Mitchell stepped into the recording booth. Shay’s Alexandra exceeded my expectations, and she delivers a performance of strength, determination and family duty that is at the very core of the character. If that wasn't enough, imagine my delight when we confirmed Liza Soberano joining the Filipino voice cast! I am a big fan of hers and she fits the character so well. Having Liza play Alexandra Trese for the series makes this project even more special to me and my team!”

“I'm so excited to be a part of a unique and amazing project like Trese, and to voice a character as brilliant as Alexandra Trese,” remarked Mitchell. “Philippine folklore is rich and fascinating, and I am thrilled to be a part of the team bringing this story to life.”

"It’s an honor to be the voice of an iconic character such as Alexandra Trese,” added Soberano. “I’m a huge fan of Budjette and KaJO’s award-winning Trese comics. Maraming salamat! Excited nako!”

Trese will premiere later this year on Netflix.

Netflix continues to expand its programming efforts within the ever-growing anime series landscape. Just last week, they released the official trailer and some character art for DOTA: Dragon’s Blood, their anxiously awaited new fantasy anime series based on Valve’s popular DOTA 2 video-game franchise. The multiplayer online battle arena, or ‘MOBA’ game, is one of the most popular of its kind, rivaling Heroes of Newerth, League of Legends, and Legends of the Storm; the series debuts March 25 on the streamer.

The previous week, Netflix and Skydance announced they’re teaming up on a new anime series based on the epic and hugely successful Terminator sci-fi franchise. The series is being produced and animated in partnership with Production I.G (Ghost in the Shell: SAC_2045, B: The Beginning) who Netflix has had a Production Line Deal with since 2018. Mattson Tomlin (Project Power, The Batman) will serve as showrunner and executive producer.

This past October, Netflix’s growing commitment to anime took center stage with their Netflix Anime Festival 2020, where they livestreamed announcements of five new projects, bringing the streaming giant’s upcoming anime show slate to 16 (at that time – we aren’t sure how many have since been added). The five newly announced projects – Rilakkuma’s Theme Park Adventure, Thermae Romae Novae, High-Rise Invasion, Thus Spoke Kishibe Rohan and The Way of the Househusband – came on the heels of Netflix’s previous announcement of new production line partnerships with Asian anime studios ANIMA & COMPANY, owner of NAZ, Science SARU and MAPPA from Japan, and Studio Mir in Korea, bringing their anime studio partnership number to nine.