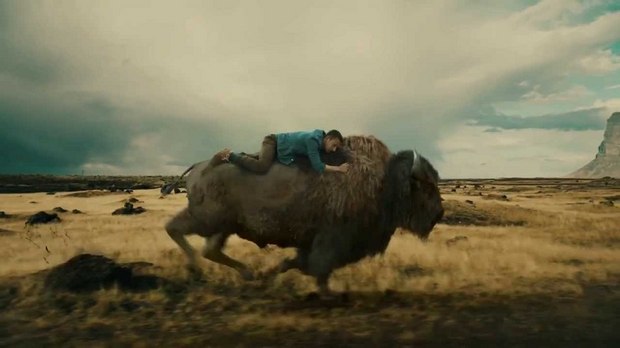 Stuttgart, Germany -- The best productions in the field of applied animation received their prizes in the evening of April 25, 2014 in the Mercedes-Benz Museum Stuttgart at the Animated Com Award (held at the 21st Stuttgart Festival of Animated Film). In this competition the best applied animation in the fields of advertising, spatial communication and technology are awarded. Also the special prizes “Future needs Derivation – Individual Mobility” by the Daimler AG and the “Lapp Connected Award” by U. I. Lapp GmbH have been given.

Sebastian Strasser won the Animated Com Award main prize with Vodafone’s “Add Power.” The spot is characterized by its technical perfection and a blend of animated elements with live action footage. It transports through timing, aesthetics and the music of the Woodkid song “Run Boy Run” a feeling that goes far beyond a simple product advertising -- so the jury's evaluation. The jury consists of director, animation filmmaker and illustrator Kathi Kaeppel, who is also this year's curator of the Animated Com Award, Lisa Heiland (Spokeswoman for the board German Producers Alliance - Film & Television, Berlin) Michael Preiswerk (Creative Director, Consultant) Prof. Thomas Hundt (CEO Jangled Nerves, Stuttgart), Joachim Lincke (CEO/Creative Director Mackevision, Stuttgart) and Mate Steinforth (CEO Sehsucht, Berlin). The award is endowed with a cash prize of 2,500 Euro -- donated by the MFG Cluster AMCRS.

The Animated Com Award in the category spatial communication went to the New Zealand media installation “While you were sleeping: Frankfurt Book Fair” by Mike Mizrahi and Marie Adams. According to the jury this fair exhibit shows “its strengths not only in the technical areas, but also in the conception: as a holistic scenographic installation.”

The quality of the Animated Com Award is also reflected in allocating special awards. The special award “Future needs Derivation – Individual Mobility” with a cash prize of 2,500 Euro, sponsored by the Daimler AG, was given to “1900-2000” by Caroline Le Duff, Gabrielle Locre, Agathe Pillot, Armelle Renac, Benoît Berthe and Vivien Risser. For the special jury this “past vision of the future à la Jules Verne in modern CGI with a twinkle in its eye connects the historical with futuristic technology.”

The winner of the “Lapp Connected Award” – endowed with 2,500 Euro, sponsored by U. I. Lapp GmbH, is the Dutch animated short film “Jack” by Quentin Haberham. “The independent and emotion-laden aesthetics of the film transport technical details which are not visible on a daily basis,” was the special jury’s explanation for their decision.

The awarding ceremony was held in the spectacular premises of the Mercedes-Benz Museum. This year the Daimler AG, U. I. Lapp GmbH, ADC Deutschland and Animation Media Cluster Region Stuttgart are the partners of the Animated Com Award.

The Stuttgart Festival of Animated Film (ITFS), April 22 – 27, 2014, was founded in 1982 and is one of the largest and most important festivals for animated film worldwide. Prize money of 70,000 Euros is awarded in nine competition categories. The Stuttgart Festival of Animated Film works in close co-operation with the FMX, Europe’s biggest Conference on Animation, Effects, Games and Transmedia, attracting industry professionals. Together with the FMX the ITFS holds the business platform Animation Production Day.