The first feature film of the legendary anime series will make its big screen debut with a celebrated English voice cast in theaters across the U.S. in January 2017. 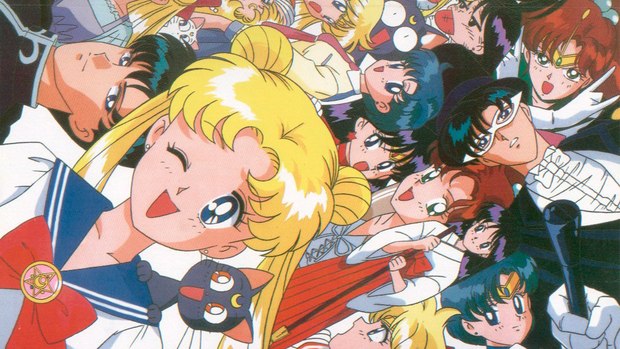 SAN FRANCISCO -- Toei Animation and anime distributor VIZ Media have teamed with Los Angeles-based film distribution company ELEVEN ARTS to present the U.S. premiere of Sailor Moon R: The Movie in a series of special limited engagements in late January at more than 300 theaters across the U.S.

Screenings will be offered English dubbed, with select screenings in Japanese with English subtitles (please check theaters for info). A special Sailor Moon bonus gift will be given to ticket holders at the screenings while supplies last. A comprehensive list of participating theater locations and advance ticket purchase will be listed soon at www.elevenarts.net and http://www.viz.com/blog.

In the film, long before Mamoru found his destiny with Usagi, he gave a single rose in thanks to a lonely boy who helped him recover from the crash that claimed his parents. This long-forgotten friend, Fiore, has been searching the galaxy for a flower worthy of that sweet gesture long ago. The mysterious flower he finds is beautiful, but has a dark side -- it has the power to take over planets. To make matters worse, the strange plant is tied to an ominous new asteroid near Earth! Faced with an enemy blooming out of control, it’s up to Sailor Moon and the Sailor Guardians to band together, stop the impending destruction and save Mamoru!

In the Make Up! Sailor Guardians short, Usagi and Chibi-Usa are at a cafe when they overhear two girls debating which one of the Sailor Guardians is the best. Will Usagi’s alter-ego, Sailor Moon, end up being their favorite? Fans will not want to miss the answer!

“Sailor Moon holds a special place in the hearts of multiple generations of anime fans and these exciting premieres present the film in a vivid way befitting its celebrated status among viewers,” says Charlene Ingram, Senior Marketing Manager, Animation. “Fans will love the new, uncut English dub and we’ve worked closely with our partners at Toei Animation and ELEVEN ARTS to bring Sailor Moon R: The Movie to many major cities and metropolitan area across the U.S. We look forward to audiences enjoying all the action and drama as the Sailor Guardians face their new foe on the big screen!”

“We are beyond thrilled to present Sailor Moon in theaters for the first time in North America. Watching anime on the big screen is an electrifying experience that no other setting can match. We invite theatergoers to root for their favorite Sailor Guardian alongside us at the premiere of this fantastic anime adventure,” says Ko Mori, President/CEO, ELEVEN ARTS.

“Sailor Moon has always had a special place in the hearts of fans who grew up with the series. Now, with a new generation of viewers, the unending love for these characters is very gratifying,” said Masayuki Endo, President of Toei Animation Inc. “We are excited to welcome everyone to attend these special screenings and experience Sailor Moon R: The Movie in the way it was meant to be experienced.”

The Sailor Moon anime series depicts the adventures of Usagi Tsukino, a cheerful 14-year-old schoolgirl who often finds herself in unwanted trouble. One day, she saves a talking cat named Luna from some mean kids, and her life is changed forever. Luna gives Usagi a magic brooch that transforms her into Sailor Moon, guardian of love and justice!

The Sailor Moon anime series is inspired by the bestselling manga series created by Naoko Takeuchi. In the series, Usagi Tsukino is a clumsy but kindhearted teenage girl who transforms into the powerful guardian of love and justice, Sailor Moon. Meeting allies along the way who share similar fates, Usagi and her team of planetary Sailor Guardians fight to protect the universe from forces of evil and total annihilation!