Hulu to be the exclusive streaming destination for the new English-language dubbed episodes for the reboot of the legendary anime series. 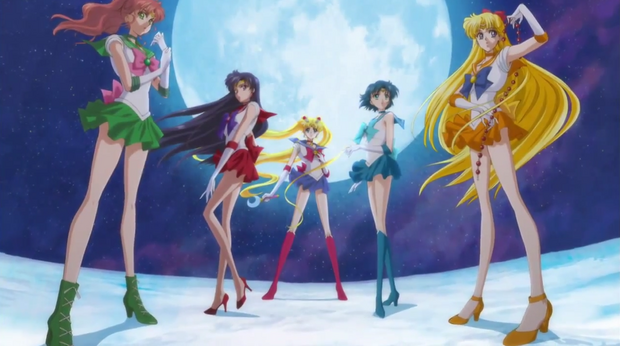 SAN FRANCISCO -- VIZ Media, LLC (VIZ Media), publisher, distributor and licensor of manga and anime in North America, announced, along with Hulu, that the Sailor Moon Crystal anime series featuring an all new English dub will premiere exclusively on Hulu this November.

Based on Naoko Takeuchi’s legendary manga series, The SAILOR MOON CRYSTAL (rated ‘TV-PG’) anime saga, retells the story of Sailor Moon as she searches for her fellow Sailor Guardians and the Legendary Silver Crystal to stop the dark forces of Queen Beryl. VIZ Media has given the 26-episode sci-fi action series a fresh English dialogue track featuring a cast of some of the most talented anime voice actors in the business.

The original smash hit Sailor Moon anime series was inspired by the bestselling manga series created by Naoko Takeuchi (published in North America by Kodansha). In the series, Usagi Tsukino is a clumsy but kindhearted teenage girl who transforms into the powerful guardian of love and justice, Sailor Moon. Meeting allies along the way who share similar fates, Usagi and her team of planetary Sailor Guardians fight to protect the universe from forces of evil and total annihilation.