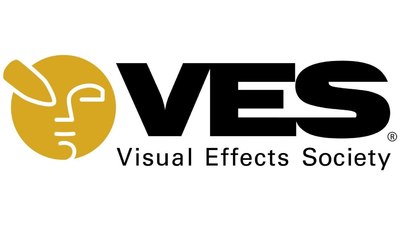 Billed as the VES Awards “after-after party,” the evening celebrates the finest achievements in visual effects artistry -- from New York’s VFX community to the VES Award winners around the globe. The VES Empire Awards are bestowed upon New York-based entertainment industry professionals who have made enormous contributions to the field of visual arts and filmed entertainment, and whose work embodies the spirit of New York. The event takes place the evening of Friday, March 1st at The Green Building in Brooklyn. Highlights from the 17th Annual VES Awards, to be held in February in Los Angeles, will also be shown. Bob Greenberg, founder and executive chairman of R/GA, will receive the 2019 VES Empire Award in recognition of his trailblazing work in the advertising and communications industry for nearly four decades. Under his tutelage, R/Greenberg Associates and R/GA Digital Studios have been on the forefront of the rapidly changing visual effects industry since the 1970s and evolved from a world-class movie title shop, to a digital studio, to a major digital advertising agency. Today, R/GA is an all-in-one full-service agency, product and service innovator. R/GA has focused on live-action film and video production and the development of leading-edge motion graphics. They have created groundbreaking visual effects for movies such as ALIEN, PREDATOR and SE7EN, with a body of work spanning 400 feature films and 4,000 television commercials. Greenberg has received an Academy Award, Clio, Cannes Lions and induction into the Advertising Hall of Fame, among many accolades. Jonah Friedman and Andy Jones will receive the 2019 Empire Tech Award for their development of Cryptomatte which has quickly become an industry standard since it was introduced in 2015. By releasing it as open source, it has dramatically changed how people work and has elevated the status of the visual effects industry in New York City. Friedman is the Bifröst Product Owner at Autodesk. In his fifteen years in the animation industry, he has been a software engineer, photographer, and 3D artist in a wide range of sub-disciplines. He co-developed Cryptomatte at Psyop, and remains active in its development and standardization. Jones is CTO at Psyop, following a five-year tenure as Head of VFX. He has been working in VFX and animation since 2003 in a variety of disciplines, including 3D, compositing, VFX supervision, software and systems engineering. He is the co-author and inventor of Cryptomatte. “Bob, Jonah and Andy are innovators who have elevated and advanced the visual effects industry through their inventive work,” said Sean Curran, New York VES Awards Celebration Chair. “Through their commitment to the art and science of VFX, they exemplify what is achievable through creative vision and technical expertise and have had an impact on visual effects here in New York and globally. We are proud to honor them with this year’s Empire Awards for their significant contributions to our field.”