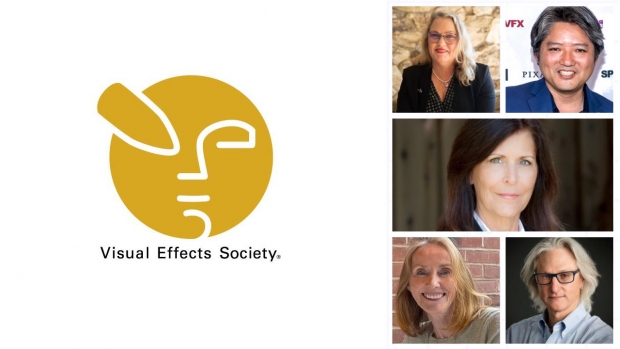 The Visual Effects Society (VES), the industry’s global professional honorary society, has announced its 2023 Board of Directors Officers. Elected at the January 2023 Board meeting, the officers comprise the VES Board Executive Committee, and include re-elected Board Chair Lisa Cooke, the first woman to hold this role since the Society’s inception.

“It is my privilege to continue to Chair this global society of outstanding artists and innovators,” said Cooke. “The esteemed leadership on our Board bring passion, diverse experience and enormous commitment to volunteer service to our organization. I’m excited about what we can achieve, working together, to grow the Society and take our worldwide membership to new heights.”

VES Executive Director Nancy Ward said, “The Society is so fortunate to have this year's Executive Committee members guiding our mission-driven work.  Individually, they've each devoted countless hours in service to VES, and together, they have a deep understanding of the organization and an unwavering commitment to serve the membership. I look forward to working with this year's Executive Committee to evolve the Society.”

The 2023 officers of the VES Board of Directors are:

A VFX Producer at Tippett Studio and an Executive Producer at Tippett Productions, Cooke’s roles have included animation/VFX producer, story consultant, screenwriter, and actor. Firmly believing that effective science communication is vital to our world, before joining Tippett, she founded Green Ray Media, where she produced animation and VFX to create scientific, medical, and environmental media for a broad audience.

In the past, Cooke has worked for entertainment clients including Lucasfilm, Fox, Universal, and Nickelodeon Films, and in the VFX and animation industry for companies like Pixar, Glasgow-based Digital Animations Group, and as Senior Producer at Reardon Studios.

Cooke served six years on the VES Bay Area Board of Managers Executive Committee before joining the VES Board of Directors, where she has served as Second Vice Chair, First Vice Chair, Co-Chair of the Archives Initiative, and will now serve her third term as Chair.

O’Neal joined the VES in the late 1990s and has served as a member of its global Board of Directors in multiple roles, including on the Executive Committee in 2016 as Treasurer, and as 2nd Vice Chair in 2022. For many years, she served as the Chair for the legacy global Education Committee and currently co-chairs the Membership Committee. She has been instrumental in the work to grow the Society by leading the bi-annual membership review and approval process.

In 2019, O'Neal received the VES Founders Award for meritorious service to the Society.

Currently a recruiter for BLT Recruiting, Inc, O'Neal has worked as an Operations Manager at The Mill, Operations Director at Escape Studios in Los Angeles, and as an Account Manager at Side Effects Software, Inc. She started her career in visual effects at Digital Domain in 1993, where she worked in finance and operations before turning to production.

Tanaka has worked as an Editor, Producer and Creative Director with experience ranging from visual effects and animation, to documentary and live-action feature filmmaking. For 15 years he served at Industrial Light & Magic in VFX Production and VFX Editorial on films including Jurassic Park, Forrest Gump and the Star Wars saga. He then went on to Pixar Animation Studios as a Special Projects Editor for 10 years, contributing to such productions as Cars, Ratatouille, WALL-E, Up, Toy Story 3 and Monsters University.

Currently holding a staff VFX Editor position with Tippett Studio, Tanaka also serves as an Adjunct Professor for the Academy of Art University, San Francisco, specializing in producing and editing for animation and visual effects production. In 2020, he along with his wife, Dorianne Tanaka, co-founded Cinemabilities - a remote filmmaking course for typically and atypically developing students, ages 10 to 20.

Tanaka has served three terms as Chair of the VES Bay Area Section, as well as 2nd Vice Chair on the global Board of Directors in 2021. He is a major contributor to the VES Archives, Awards, Outreach, and Work From Home Committees, and in 2022 received both VES Lifetime Member and VES Fellow distinctions.

Cahill, while VP of Marketing for Cinesite, oversaw the marketing of four divisions of the pioneering digital studio’s services. Prior to Cinesite, Cahill served as a founding Board member of the Mill Valley Film Festival/California Film Institute and remains on the Institute’s Emeritus Board of Directors. Cahill was also the Founding Consultant on the formation and establishment of the Singapore International Film Festival.

Currently beginning her eighth term as Secretary, Cahill has also served as Chair or Co-Chair of the VES Summit for eight years. In 2021, Cahill received the VES Lifetime Member distinction and the VES Founders Award.

Okun, VES, specializes in creating ‘organic’ and invisible effects, as well as spectacular ‘tentpole’ visual effects that blend seamlessly into the storytelling aspect of the project. He has delivered wide-ranging effects in award winning films such as The Last Samurai, Alpha, Blood Diamond, Stargate, Sphere, Red Planet, Deep Blue Sea, and The Last Starfighter and acclaimed television programs such as Cosmos: Possible Worlds for National Geographic and Fox TV, The End Is Nye (NBC Universal) and The Good Lord Bird (Showtime).

A VES Fellow and recipient of the VES Founders Award, Okum created the VES Awards and continues to produce the event, now in its 21st year. He created and co-edited, the “VES Handbook of Visual Effects,” an award-winning reference book covering all aspects of creating visual effects, techniques and practices. He is currently co-editing the “VES Handbook of Virtual Production,” a complete guide to Virtual production from uses, roles, techniques and best practices, due out in Summer 2023.

As VES Board Chair for seven years, Okun fostered a global community, focused attention on bringing business and creative education to artists, facilities and studios and guided the Society to help create a worldwide software anti-pirating alliance with the US Government to ensure that all facilities have a fair and level playing field from which to bid. He also served as Chair of the Los Angeles Section of the VES for two years and has been a Board member on both the VES and the L.A. Section for many years.