Iconic concept artist and designer known for work on films like ‘Blade Runner’ and ‘Tron’ passes away at age 86 of complications from lymphoma. 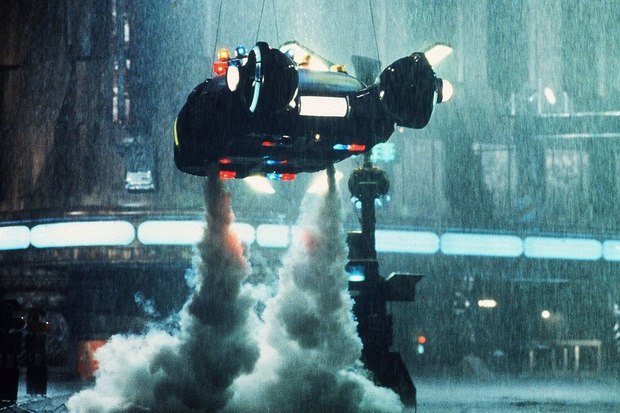 Syd Mead, one of the world’s most prolific and well-respected designers, concept artists and futurists, who helped shape the look of countless films ranging from Blade Runner to Blade Runner 2049, passed away Monday of complications from lymphoma, as reported by a number of media outlets. He was 86.

Mead began his legendary six-decade career soon after leaving high school, creating characters and backgrounds for animated cinema intermission trailers. After serving in the U.S. Army and receiving his education at the Art Center School in Los Angeles, he joined Ford Motor Company’s Advanced Styling Studio, which proved foundational for his later design work. Mead’s love of and skill at transportation design fueled much of his unique blend of futurism and believability; his prolific vehicle design work spanned from concept cars, cruise ships and hypervans to interplanetary cinematic spacecrafts that transport audiences to new worlds. He even designed Hot Wheels, as well as the toy maker’s 35th Anniversary poster back in 2003.

After leaving Ford, he worked on a host of high-profile design projects for a number of blue-chip companies including U.S. Steel, Philips Electronics and Intercontinental Hotels.

But it was his jump into films that brought Mead his greatest fame. In 1979, his work as a concept designer and futurist in Hollywood took root; his legendary work soon started appearing in a string of top sci-fi features, starting with the creation of the V’ger entity for Star Trek: The Motion Picture, followed by two seminal classics – Blade Runner and Tron. Mead’s designs for robots, vehicles and other-worldly environments have also been featured in films including Blade Runner 2049, Tomorrowland, Elysium, Mission Impossible 3, 2010, Short Circuit, Aliens and Time Cop. In the 1980’s, Mead established close working relationships with a number of major Japanese companies including Sony, Minolta, Dentsu, Dyflex, Tiger, Seibu, Mitsukoshi, Bandai, NHK and Honda as well as contributing to Japanese film projects, Yamato 2520 and Solar Crisis. In the 1990s, he supplied designs for all eight robot characters in the Turn A Gundam mobile suit series and TV show.

Among numerous awards and accolades, Mead received the VES Visionary Award at the 14th Annual VES Awards in 2016 for his unique ability to create unforgettable images and advance storytelling through his futuristic design aesthetic. In honoring Mead, Mike Chambers, VES Board Chair, remarked, “Syd is truly a defining creative force in the world of visual arts. He has a rare ability to create fiercely inventive images, both iconic and sublime, and he has contributed to some of our most unforgettable cinematic experiences.  Syd’s legendary contributions to the field of design, and the inspiration he has provided for generations of visual effects artists is immense, and we are very proud to honor this master artist and futurist with the VES Visionary Award.”

In a 2005 interview, Mead spoke quite prophetically in his assessment of the feature film business: “Making a movie is a concert of hundreds of people, from experts to trainees and grunts. That task is daunting from both a managerial level, an egotistical level and, of course, a technical level. Directors (especially successful ones) are very different kinds of people. I have worked in past films with the director from pre-production to post. Currently, budgets are completely skewed toward computer-generated effects, star pay and capital generation. The fact that some films turn out to be genuinely good is almost an after-effect of the process.”

Back in 2010, Jim Hunter interviewed Mead in 2019: A Future Re-imagined, where he reflected upon the nature of creativity and how it drives the future.

2019: A Future Imagined from Jim Hunter on Vimeo.

For many years, Mead and his business partner and spouse, Roger Servick, collaborated with AWN in the promotion and sale of various Syd Mead books, DVDs and posters.  More than once he spent time at AWN's Comic-Con booth patiently signing books and most anything fans put in front of him. Throughout his storied career, Mead peppered his schedule with presentations, exhibitions and talks at countless schools, industry events and corporate functions. He was always gracious with his time and more importantly, his attention to colleagues and fans. Our condolences to Syd and Roger's family and friends.