Twelve short films and 12 TV series in development are selected from nearly 100 projects from all over Europe competing to participate in the fourth year of the Visegrad Animation Forum. 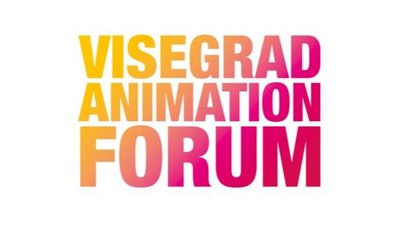 HOLEŠOVICE CZECH REPUBLIC – The Visegrad Animation Forum has announced the award for the best animated short film in development. It went to a French-Hungarian co-production Carpel by Tibor Banoczki and Sarolta Szabo. “The jury were unanimous in their decision. We were impressed with the originality of the story and design and felt the project was excellently pitched,” stated the jury members.

The Jury’s Special mention was received by the Romanian director, Paul Muresan, for his short film Somewhere. Muresan studied art in Cluj, Romania and his previous film, Baby Nap, received recognition and awards at a number of film festivals, including Stuttgart, Annecy and Anim´est Romania. “The jury decided to give a special mention to a Romanian film Somewhere just to show our support to its original idea, strong potential and interesting art design,” stated the jury of short films category.

The Main Prize in the TV Series category was received at the festive ceremony by the Hungarian-Croatian delegation headed by the Directors, Flora Anna Buda and Balazs Turai, for their project The Piracy of Princess Priceless. Flora Anna Buda attended MOME studying Animation Design. Balazs Turai is an animation writer, designer and director and has worked as a graphic designer and animation artist for Prezi.com for 3 years. “For the large effort at creating an entire new universe of funny, inspired and yet close-to-real-life characters. The jury wants to support their project in the probably long way of development and fund-raising for production phase,” stated the TV Series jury.

Special mention amongst TV Series was given to Borka And The Magic Dress by Hungarian directors Beata Gurmai and Balint Benkovits. Beata studied photography at Fotografus.hu and editing, directing and cinematography at the Dunaversitas Master Course of Motion Pictures. Balint has been working in animation, video mapping and VFX since 2000. In 2010 he began working as an animator in Glowing Bulbs and Derengo Animation. “For it´s unique, simple and tender way how it manages everyday ordinary family matters and problems through the eye of a little girl who finds helping hands in her family memories and tradition,” stated the jury.

The following individuals participated on the juries:

The list of short films in pitching competition can be found here.

The list of TV series in pitching competition can be found here.

This year’s program was opened by a meeting with the Korean delegation consisting of the representatives of the KOCCA (Korea Creative Content Agency) and Korean producer companies. VAF has crossed the boundaries of Europe with a clear aim of initiating contact with a country where animation is interpreted as a part of a high growth potential industry.

VAF also hosted the first meeting of The National Film Fund representatives of Central and Eastern European countries. All participants declared a unanimous desire to work together to support animation for the New Europe projects. The meeting was held in response to the invitation of the Czech State Cinematography Fund manager, Helena Bezděk Frankova.

Another highlight of the program was a discussion with top professionals in the field of children’s film distribution. Gert Hermans (Jekino), Aleksander Stein (Short Circuit) and Eric Tijman (Cinekid) addressed the topic of distribution opportunities in Europe in 2016.

The audience was appreciative of presentations made by the authors of four successful animated projects already in production: The Odd-Sock Eaters (Czech Republic), which is a highly anticipated feature film to arrive in cinemas in October this year; the authors of Tonda, Slávka and the Genius (Czech Republic), Morten (Estonia, Ireland, Belgium, Great Britain) and White Plastic Sky (Hungary).

The Visegrad Animation Forum made the announcement of VAF New Talents 2016. This official selection of animated short films focuses on extraordinary talents. The purpose of New Talents is to promote the most talented young animation filmmakers from Central and Eastern Europe in a given year, bringing them together with experienced foreign producers.

VAF also involved an introduction of the RedBricks project which was developed last year. It aims to promote and facilitate the generation of coproduction connections between producers in Central and Eastern Europe.