‘Of Unwanted Things and People’ wins the feature pitch prize, while ‘Rabbit from a Tin Hat’ won the TV honors and ‘Floating’ took home the short film award. 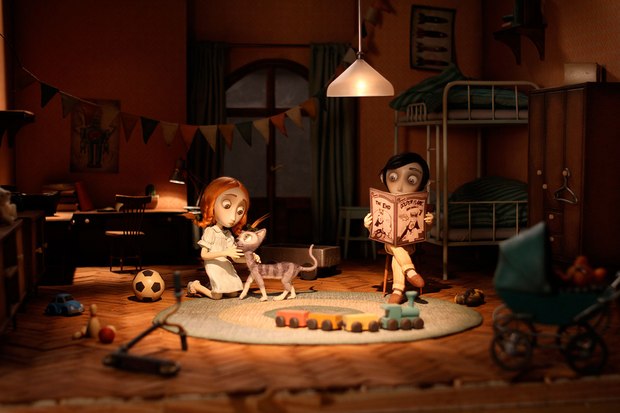 ‘Of Unwanted Things and People’ wins the feature pitch prize, while ‘Rabbit from a Tin Hat’ won the TV honors and ‘Floating’ took home the short film award.

The sixth edition of Visegrad Animation Forum Třeboň wrapped May 3 in Třeboň, Czech Republic, having presented awards in its pitching competitions of short films, series and TV specials, and the newly added category of feature films.

The winner is the co-production feature film Of Unwanted Things and People. The project is the joint work of a team of successful producers that includes Martin Vandas, Juraj Krasnohorský, Kolja Saksida and Wojtek Leszczynski, which confirms the strength of cooperation between CEE countries. The direction was in the hands of four successful authors: David Súkup, Ivana Laučíková, Leon Vidmar and Agata Gorządek.

The winning project advances directly to the prestigious Cartoon Movie 2019. The jury’s decision has been confirmed by the voice of the audience as well, as Of Unwanted Things and People also won the Nespresso Audience Award.

The jury decided to award a special mention in the same category to the first Macedonian animated feature film John Vardar vs the Galaxy, directed by Goce Cvetanovski and produced by Alan Castillo. A special mention was awarded to the Polish project I Come Undone, directed by Piotr Chmielewski and produced by Przemek Stepien. The same project has also won the Post Production Award offered by Polish Playade Sound Studio. The 1,000 euro prize will cover audio post-production, including studio and sound engineer for five days.

Tim Leborgne, project leader of Animation Sans Frontieres followed the pitches in both categories and chose Polish director Chmielewski to receive a scholarship of 1,500 euros.