Vine FX Wraps Itself Around BBC One’s ‘The Serpent’

Studio delivers over 500 shots on their latest collaboration with producer Stephen Smallwood, including authentic DMPs recreating iconic streets of Paris, Kathmandu, and Karachi, along with historical temples and mountain landscapes. 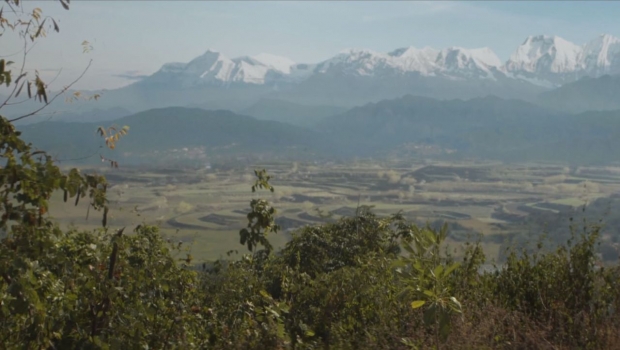 In a BBC interview, lead director Tom Shankland recalled how camp-fire stories were shared of a Frenchman, rumored to be at the heart of multiple disappearances of fellow travelers. Meticulous research was conducted to remain truthful and respectful to the recent historical past. Writer Richard Warlow scripted the series with Toby Finlay; Hans Herbot served as co-director.

Vine FX - The Serpent - Before & Afters from Vine FX on Vimeo.

As the main vendor, Vine FX was involved in the project since early 2019. Produced by Stephen Smallwood, the show marked Vine FX’s second collaboration with the producer after having previously worked with him on Patrick Melrose.

“He has such dedication for the projects that he undertakes, and we worked closely with Paul Testar from Mammoth Screen to deliver results that exceeded Stephen’s expectations,” shared VFX supervisor Michael Illingworth, discussing his experience working alongside Smallwood.

The pandemic had a direct impact on the show, with cast and crew retreating from Thailand just eight days before filming was scheduled to end. Alternative UK based locations had to be secured to finish the final shots. Illingworth assisted The Serpent team in scouting throughout England to find suitable locations. Wrest Park Mansion (English Heritage) and Tring were in turn selected; with final days of filming scheduled, the production was back up and running. Vine FX was tasked to combine elements with on-set locations as a base to create authentic DMP set extensions - transporting the characters straight into the iconic streets of Paris, Kathmandu, Karachi, vast mountainous landscapes, and historical temples. In addition, vehicles with green screen windows were used to authenticate landscapes, signifying the characters journey across borders and the passage of time. Vine FX head of 2D Ezequiel Villanueva supervised project delivery.

“It was a 2D heavy show and our initial workload increased by a third as the scope of filming adapted with Covid-19,” explained Villanueva. “Historical accuracy was paramount throughout, and there was a particular focus on creating authentic locations and documentation such as the recreation of newspaper headlines to include our characters in real historical events, and the integration of documentary archive footage to the overall storyline.”

A non-linear timeline meant that character ageing needed to appear consistent throughout all shots, as filming used a mixture of 6K and standard definition cameras. Blending the plates to different image resolutions proved challenging, as shots had to blend seamlessly with the fast-paced storyline spanning from the 1970s to early 2000s. Split flaps were a prominent feature; development began in the early filming stages. Lead 3D generalist, Matt McKinney created the split flap asset. “To make the animating text effect, we first had to understand the mechanics of how an actual departure board style split flap works,” shared McKinney. “We replicated these internal workings to build our own, fully operational, CG version. We wrote some code to create a special keyboard which we used to enter the multitude of locations and times needed in The Serpent. Our split flap was then set to automatically spin to the correct positions, spelling out the required text - This was important to the client as they wanted the asset to reflect the time period and branding of the series, whilst providing a visual cue for important plot-points.”

The eight-part drama is currently on BBC One and streaming on iPlayer.