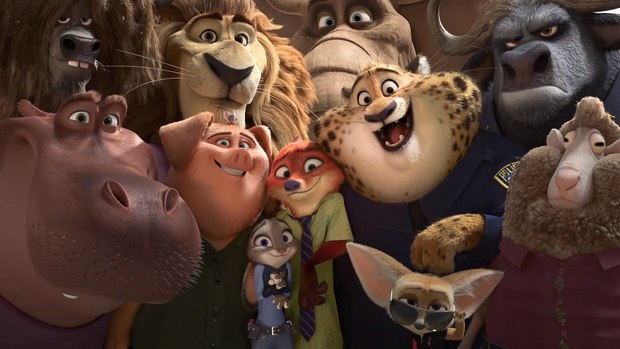 Organizers for this year’s edition have announced two keynote speakers, Zootopia director Byron Howard and Dr. Donald Greenberg, Director of the Computer Graphics program at Cornell University, as well as a call for entries for the 2016 VIEW Awards.

“We are beyond excited and honored to introduce director Byron Howard and Professor Donald Greenberg to the VIEW community,” commented VIEW Conference director Dr. Maria Elena Gutierrez. “Byron Howard directed the most popular animated feature this year, and Dr. Greenberg is one of the most highly respected researchers and teachers in computer graphics.”

Howard directed Walt Disney Animation Studios’ blockbuster release Zootopia alongside Rich Moore. The animated feature, which released this year, has earned critical acclaim and more than $1 billion at the box office. Previously Howard directed Tangled, which received Golden Globe and Annie nominations for Best Animated Feature, and Bolt, for which he received an Oscar nomination for Best Animated Feature Film. Howard has also received an Annie nomination for outstanding character animation for Brother Bear and a VES nomination for outstanding animation for Bolt. He has 15 film and video credits, including his first as an in-betweener on Disney’s 1995 film Pocahontas. In addition to his keynote address, Howard will offer a workshop on creating appealing characters for animation.

Dr. Greenberg will answer the question: Virtual Reality, What’s Necessary to Make It Real? The Director of the Computer Graphics program at Cornell University, Dr. Greenberg’s specialties include real-time realistic image generation, color science, and computer-aided architectural design. His research in this area is supported by Pixar, DreamWorks, Microsoft, Intel, Oculus, Valve and Autodesk in addition to government funding. Dr. Greenberg has received the prestigious Steven A. Coons Award from ACM SIGGRAPH and is recognized as a Fellow of the American Association for the Advancement of Science and the ACM, and is a member of the National Academy of Engineering. Thirteen of his former students have received either Sci-Tech Oscars or the SIGGRAPH Achievement Award. Dr. Greenberg will also offer a workshop at VIEW titled “Visual Imaging in the Electronic Age.”

The VIEW Conference is now accepting submissions in four categories for animated short films or videogames created during 2015 and 2016.

The deadline for submissions is September 15.