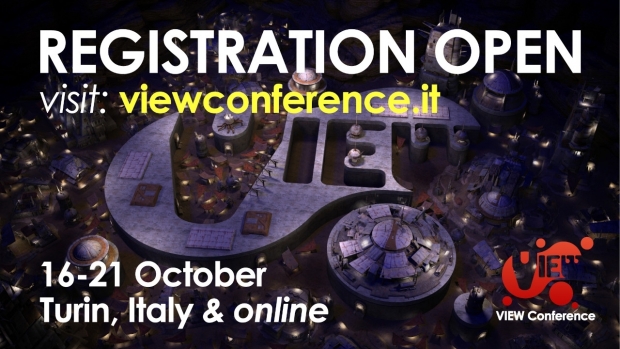 Here are some of the recently announced speakers coming to Turin in October:

Kristine Belson: President of Sony Pictures Animation, the studio behind the Academy Award-winning Spider-Man: Into the Spider-Verse, the Academy Award-nominated The Mitchells vs. The Machines, and the popular Hotel Transylvania franchise. In her presentation, Belson will look back at some of the studio’s most impactful creative breakthroughs, share her views on what sets Sony Pictures Animation apart, and looks at what lies ahead for the studio in both the feature film and series spaces.

Nora Twomey: Cartoon Saloon co-founder and producer of Wolfwalkers, will present the studio’s new animated feature for Netflix, My Father’s Dragon. The director of the Oscar-nominated The Breadwinner, Twomey, received the VIEW Conference Visionary Award in 2018.

Chris Williams: The Oscar-winning director of Big Hero 6 and Bolt and co-director of Moana will discuss his latest film project, the Netflix Animation feature The Sea Beast, joined by producer Jed Schlagner and other team members.

Shannon Tindle: The creator/executive producer/writer will join Oscar-winning director Peter Ramsey in a presentation on the epic adventure series “Lost Ollie, based on the acclaimed children’s book “Ollie’s Odyssey” by William Joyce, premiering August 24 on Netflix.

Mark Hewis - Head of the Aardman Academy, Hewis will deliver a workshop entitled “The Art of Stop Motion Production.”

Scott Eaton: The digital artist will explore the interface between art and technology and share his mind-expanding views on the current state-of-the-art AI and its extraordinary capabilities for artists everywhere.

This year’s VIEW Conference features a special track dedicated to the Metaverse, bringing together some of the leading thinkers in this fast-moving field and led by Marc Petit, vice president, and general manager of Epic Games’ Unreal Engine.

Julien Fournié and Jean Paul Cauvin: CEO and COO, respectively, of Haute Couture, will discuss the Metaverse, their innovative work with PUBG Studios, and present their vision of how arts can combine in the Metaverse.

VIEW Conference 2022 also includes a recruitment fair providing students and professionals from schools and studios an opportunity to pitch their talents to major game and movie studios, show their reels, and meet their mentors. Recruiters gain access to a vast pool of outstanding talent. Recruiters include Industrial Light & Magic, Framestore, Twister, and Axis.

Recruiters are invited to email the VIEW Conference 2022 recruitment team at: info@viewconference.it

“We are absolutely thrilled to welcome our honored guests to VIEW Conference in Torino this year,” said Conference Director Dr. Maria Elena Gutierrez. “It is truly a privilege to open our doors to so many leading lights from the world of animation, design, and visual effects, not to mention all the creative thinkers who are converging on VIEW Conference to discuss their visions of the Metaverse. This year’s event is going to be unforgettable!”

An English language event, VIEW Conference 2022, invites industry professionals, students, and enthusiasts to attend in person at Torino’s futuristic OGR venue, where our live program of talks, presentations, workshops, and masterclasses promise a vibrant and inclusive atmosphere. Online access enables a global audience to enjoy the entire event via exclusive Livestream. All visitors to VIEW Conference 2022, on-site or online, will have the opportunity to meet leading filmmakers, artists, and visionary thinkers in an inspiring exchange of ideas and experiences.