Special presentations on the future of video games and ‘Everest’ planned for remarkable gathering of talent in Turin, Italy. 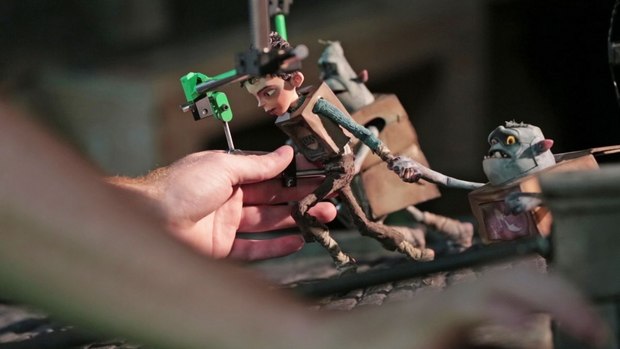 behind the scenes of LAIKA's 'Boxtrolls.'

TURIN, Italy -- VIEW 2015 has added a special Celebration of Laika’s 10th Anniversary, and also several special presentations about the future of video games, to this year’s extraordinary gathering of talent.

“This year’s VIEW Conference will be, without question, the best one we’ve ever presented!” says VIEW executive director Maria Elena Gutierrez. “I can’t wait for this year’s conference to begin.” VIEW 2015 takes place in Torino, Italy October 19-23.

Among its dozens of outstanding presentations, VIEW 2015 will host a special 10- year anniversary presentation by stop-motion animated specialists LAIKA. Visual effects supervisor Steven Emerson will present the world of big visual effects inside the tiny world of LAIKA, and will screen the LAIKA hit films Coraline and Paranorman. VIEW 2015 is also hosting various sessions on the Future of Video Games: “Let’s Play Together: The Culture of Multiplayer in Videogames” and “Message In A Bottle: The Story of Telling Stories in Video Games.”

Led by Marco Mazzaglia, IT Manager/Videogame Evangelist with Ovosonico, the “Let’s Play Together” workshop will discuss how Massively Multiplayer Online games like World of Warcraft are only the final step of different ways of playing with other people. The goal of the workshop is to teach different ways of “playing together,” not only bounded to usual controller devices like keyboard/mouse/joypad, in order to enable attendees to start making their own best multiplayer game.

In his talk “The Story of Telling Stories in Video Games,” Mazzaglia will discuss how sometimes technology evolves faster than human creativity and how technology offers tools that wait to be used to tell stories or “send messages” to people in most disparate ways. Videogames are now one of the mediums that follow this rule. What are these tools and these techniques today? What “powers” do users have to tell their own stories? This session presents a journey through history and technology that will allow audience members to experience the new “alphabet of the future.”

Recapping the remakable Highlights of VIEW 2015: “In addition to our extraordinary conference planned for this year, I also want to tell people to be sure to register now for the interactive workshops that happen on Monday, October 19, and during the conference,” Gutierrez adds. “We are presenting a wonderful opportunity for students and professionals from around the world to learn from Screenwriter David Misch, Director Kris Pearn, Photographer Michael Rubin, Chief Creative Officer Henry LaBounta, and all our other wonderful workshop coaches. I can’t think of any other gathering in the world where such a diverse array of talent would ever be possible.”