Visual effects supervisor Karl Herbst gives a behind-the-scenes peek into the tools and techniques used to bring the winter wonderland of ‘Smallfoot’ to the big screen. 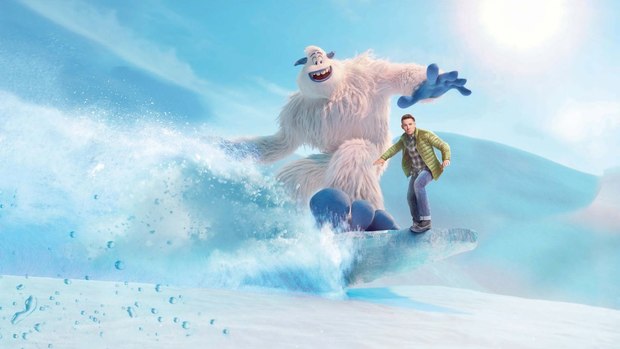 Smallfoot turns a myth upside down when a bright young yeti finds something he thought didn’t exist -- a human. News of this “Smallfoot” throws the simple yeti community into an uproar over what else might be out there in the big world beyond their snowy village.

Set in a winter wonderland, snow is an integral part of Smallfoot. The animation was produced by Sony Pictures Imageworks, with Karl Herbst serving as the film’s VFX supervisor. Watch the exclusive featurette in the player below to learn how Herbst, working alongside animation supervisor Kevin Webb and VFX producer Skye Lyons, brought the snowy environments of Smallfoot to the big screen:

Smallfoot is directed by Karey Kirkpatrick, Annie Award-winning director of Over the Hedge and Annie nominee for the screenplays for Chicken Run and James and the Giant Peach. The screenplay is by Kirkpatrick and Clare Sera, screen story by John Requa & Glenn Ficarra and Kirkpatrick, based on the book Yeti Tracks, by Sergio Pablos.