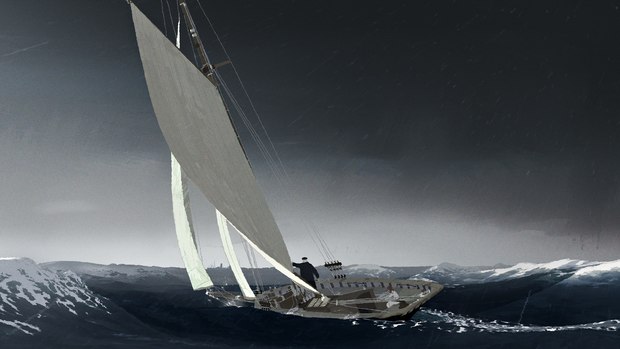 Age of Sail, the longest and most visually complex project from Google Spotlight Stories to date, is a sweeping, cinematic tale set on the open ocean in the year 1900. Helmed by John Kahrs, the Academy Award-winning director of Disney’s Paperman, the 12-minute VR experience and accompanying theatrical short is ambitious on a David Lean-esque scale, using the language of cinema paired with real-time graphics to deliver an expansive and truly immersive story.

With a whopping four Annie Award nominations, Age of Sail is one of the biggest contenders for a nomination in this year’s Oscar race. Featuring production design by Celine Desrumaux, the project was produced by David Eisenmann (Pearl, Son of Jaguar) and Gennie Rim (duet, June, Dear Basketball) with design and animation studio Chromosphere. It launched on multiple platforms this past November, and is currently available on the Google Spotlight Stories app on iOS and Android, in VR via Steam and Viveport, and theatrically via the GSS YouTube Channel.

As the first GSS project to employ dialogue, Age of Sail stars Ian McShane as the voice of William Avery, an old sailor adrift and alone in the North Atlantic who reluctantly rescues a young woman who has fallen overboard a passing ship.

The score, which was composed by Pollen Music Group partner Scot Stafford, helps dramatically push the narrative forward, providing resonance to the story’s emotional beats. Courtesy of Google Spotlight Stories, here’s an inside look at how the score was brought to life: