VIDEO: Go Behind the Scenes of Adult Swim’s ‘The Shivering Truth’ 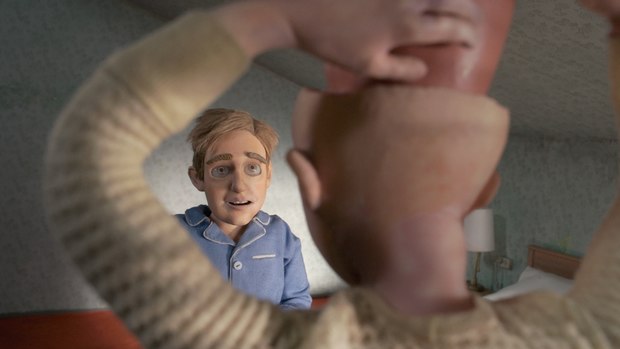 Created and written by Vernon Chatman, ‘The Shivering Truth’ premieres on Adult Swim on Sunday, December 9.

A delicately crafted, darkly surreal anthology comedy billed as “a miniature propulsive omnibus clusterbomb of painfully riotous daymares all dripping with the orange goo of dream logic,” The Shivering Truth is a series of loosely-linked emotional parables about stories within tales that crawled out of the deepest caverns of your unconscious mind and became lovingly animated in breath-slapping stop motion -- in other words, it is the TRUTH.

Here’s a behind-the-scenes look at the making of the first six episodes of the new quarter-hour stop-motion animated series, which was created and written by Vernon Chatman, directed by Chatman and Cat Solen, and executive produced by PFFR (Neon Joe, Werewolf Hunter, Xavier: Renegade Angel) and Solen, with animation provided by ShadowMachine.