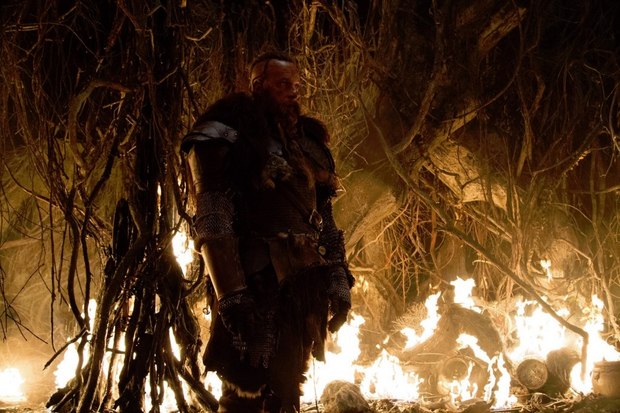 This is the latest award of work for Cinesite’s newly formed Montreal branch, which has grown exponentially since announcing its launch in 2014. Credits to date include The Man From U.N.C.L.E. (2015), San Andreas (2015) and X-Men: Days of Future Past (2014). Cinesite Montréal has quickly become one of the largest visual effects facilities in Québec.

“We’re thrilled to be working with Lionsgate on The Last Witch Hunter,” said Cinesite Montreal general manager Chloë Grysole. “Cinesite has world-class people in both London and Montreal and this award is a fantastic opportunity for us to further demonstrate the talents of our Montreal team.”

Visual effects supervisor for the production is Nick Brooks and visual effects producer is Tom Elder-Groebe. Cinesite's visual effects supervisor Stephane Paris will be leading the company’s work on the film. One of the top visual effects artists in Canada, Stephane was most recently Digital Effects Supervisor for MPC on the mega-blockbuster Guardians of the Galaxy, having worked previously as CG Supervisor on Man of Steel, The Amazing Spider-Man 2 and Edge of Tomorrow. Stephane worked for many years previously at Cinesite as CG Supervisor on films including Clash of the Titans and Pirates of the Caribbean: On Stranger Tides, as well as Generation Kill, for which he won an Emmy award.

“Having worked previously with Cinesite and Chloë, the opportunity to return as part of the new team felt like coming home,” Paris commented. “The Last Witch Hunter is a fantastic project with great potential for stunning visual effects; I’m looking forward to the creative challenge of bringing the supernatural world of witches to life.”

The Last Witch Hunter stars Vin Diesel as Kaulder, an immortal witch hunter who has slain witches for centuries. As the witch covens of New York City plan to unleash a horrific plague that will wipe out humankind, Kaulder must partner with his natural enemy, a witch (Rosie Leslie), in order to save humanity. The film also stars Michael Caine as Father Dolan and Elijah Wood as the 37th Dolan.

The Last Witch Hunter is currently filming in Pittsburgh and has recently been announced to be released on October 23rd, 2015.