Veteran visual effects and CG supervisor with 20 years’ experience brings his creative vision to studio as it ramps up productions. 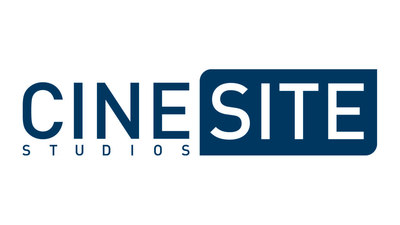 LONDON -- 20-year industry veteran, Jesper Kjölsrud, has joined Cinesite’s London office as a VFX supervisor. Kjölsrud has led teams as both a VFX and CG supervisor on award-winning projects on a wide range of feature film and episodic television projects, including Tom Clancy's Jack Ryan, Outlander, The Lone Survivor, The Thing, Alice Through the Looking Glass and District 9.  He brings with him a passion for storytelling, a strong creative vision and an innate understanding of visual effects technology.

“I’m looking forward to being part of the incredible London team as well as the rest of the Cinesite group,” commented Kjölsrud. “Working with amazing artists and contributing to the company’s exciting projects and impressive history of outstanding visual effects.” Head of VFX, Caroline Garrett, added, “Jesper is an outstanding creative leader with a passion for storytelling and a wealth of creative and technical experience; adding him to our roster provides further opportunities and choice to our clients. We’re all very excited to welcome him to the London Studio and back to the Cinesite family.”

Well known in the industry for his mastery of CG, Kjölsrud initially studied in northern Sweden, moving to the UK in 1997 where he worked as a 3D Artist at MPC before becoming one of the original members of Double Negative. At DNEG for over ten years, he supervised CG and VFX on many projects including Enemy at The Gates, The Chronicles of Riddick, Doom, The Da Vinci Code and 10,000BC. In 2009, he made the move to Vancouver, joining Cinesite’s partner company, Image Engine, as sequence supervisor on District 9. He went on to work as both production side VFX supervisor on The Thing and Lone Survivor as well as facility VFX supervisor for Image Engine’s work on The Losers, R.I.P.D. and Teenage Mutant Ninja Turtles. Kjölsrud returned to the UK in 2016 to supervise several projects at Goodbye Kansas including Robin Hood, season 2 of Tom Clancy’s Jack Ryan and season 3 & 4 of Outlander.

Kjölsrud’s appointment comes at a busy time for Cinesite, which is currently in production on projects, including The Witcher and Lost in Space Season 2 (Netflix), Outlander Season 5 (Starz) and a live-action experience project based on a high-energy franchise for Universal Studios. Recent VFX credits include Avengers: Endgame(Marvel), Rocketman (Paramount Pictures) and Murder Mystery (Netflix).