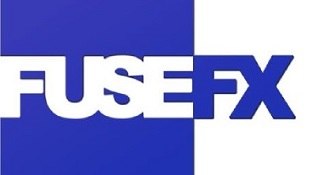 LOS ANGELES -- FuseFX has announced the hire of VFX Producers Chad Cortvriendt and Graeme Marshall to its production facility in Vancouver. Both bring lengthy experience in the Canadian visual effects industry and credits spanning television, features, advertising and other media. The two producers are working with teams creating visual effects for series such as Legion, Dark Matter and Zoo. background also includes work as a VFX Producer and a Virtual Reality Producer. The latter included a VR project for Nike.

“Chad and Graeme stand out for their drive and deep ties to the Vancouver production community,” said FuseFX President David Altenau. “They are knowledgeable and committed, qualities we look for in all of our staff. We look for both to be strong contributors to our growth.”

In discussing his move to FuseFX, Cortvriendt said he was eager to work in television and to collaborate more closely with clients and artists. “FuseFX has a wonderful atmosphere; it’s a great environment for artists, producers and clients,” Cortvriendt commented. “The work here is fast paced and exciting. There’s never a dull moment.”

For the past three years, Marshall has served as a VFX Producer for episodic television series, including Arrow, Banshee, Hemlock Grove and Clan of the Cave Bear. In 2014, he received an Emmy nomination as part of the visual effects team for The 100. He began his career as a production assistant at New Zealand production company Flying Start and segued into visual effects through another New Zealand company, PRS Spartacus LTD.

“I wanted to get back into television and heard great things about FuseFX,” Marshall said. “I thrive on the challenges presented by television production schedules and the creative expectations of clients. I like being in the trenches with the guys. I find it exhilarating.”