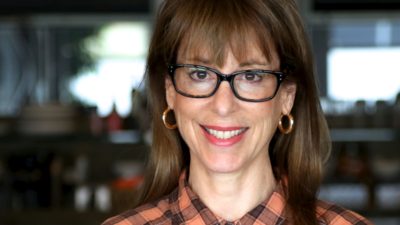 At FuseFX, D’Amico joins the visual effects team on Marvel’s Agents of S.H.I.E.L.D., for which FuseFX has received two Emmy nominations and three VES Award nominations for its work on the show. “Andrea brings deep experience, savvy and a passion for visual effects,” said FuseFX President David Altenau. “We’re very pleased to welcome a pro of her caliber to our team and expect to make full use of her talents.”

D’Amico, whose experience spans television, features and commercials, expressed her enthusiasm in joining a company that is setting the standard for excellence in television visual effects. “FuseFX is a great company and their work is excellent. I’m thrilled to accept this opportunity,” she said.

D’Amico’s many television credits include Warner Bros.’ Person of Interest, Ghost Whisperer and HBO’s Angels in America. Features include The Girl with the Dragon Tattoo, The Social Network, and Superman Returns. She was nominated for an Emmy Award in 2008 for her work on the History Channel’s TV movie Life After People.

D’Amico has also held executive posts at Ascent Media. She began her career in New York at Charlex and EFX Unlimited.