Five-time Academy Award recipient -- including a Special Achievement Oscar for the visual effects ‘Star Wars: The Return of the Jedi’ -- served as VFX supervisor on the revolutionary ‘Who Framed Roger Rabbit.’ 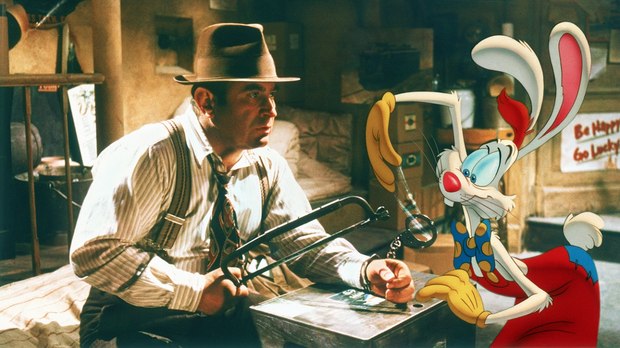 LOS ANGELES -- The Visual Effects Society, the industry’s professional global honorary society, named multiple Academy Award-winning visual effects pioneer Ken Ralston as the recipient of the VES Lifetime Achievement Award in recognition of his enormous contributions to filmed entertainment. The award will be presented at the 15th Annual VES Awards on February 7, 2017 at the Beverly Hilton Hotel.

The VES Lifetime Achievement Award, bestowed by the VES Board of Directors, recognizes an outstanding body of work that has significantly contributed to the art and/or science of the visual effects industry. VES will honor Ralston for his intuitive vision and unparalleled mastery of visual effects. Ralston’s creative vision and fierce technical expertise have earned him an impressive five Academy Awards. His groundbreaking work has built a rich legacy, one that has profoundly impacted future generations of artists and innovators.

“Ken Ralston is an amazing force and a defining voice of the visual effects community,” said Mike Chambers, VES Board Chair. “His creativity, leadership, and ability to use technologies to enhance the art of storytelling have brought us some of the most memorable films of all time. His pioneering work has truly raised the bar and helped redefine entertainment and our industry on a global level. For this, and more, we are honored to award him with the prestigious Visual Effects Society Lifetime Achievement Award.” Many groundbreaking projects at Sony Pictures Imageworks have benefited from Ralston’s artistic acumen including his many collaborations with Academy Award winning director Robert Zemeckis on the epic Beowulf (3D), The Polar Express (3D) and Cast Away. Prior to joining Imageworks, Ralston placed his artistic and technical stamp on the films at Industrial Light & Magic. Breaking technological ground, Ralston played a pivotal role in advancing the company’s renown.

Ralston’s career began at the seminal commercial animation and visual effects company, Cascade Pictures in Hollywood, where he worked on more than 150 memorable advertising campaigns in the early 1970s. He built sets, sculpted models, animated puppets, created optical effects and stop motion animation for such iconic commercial characters as Poppin’ Fresh, the Pillsbury Dough Boy, and The Jolly Green Giant.