The company’s creative team transformed footage shot in Atlanta into a Manhattan-bound hellscape for the streamer’s four-part miniseries based on the DC comic book series of the same name. 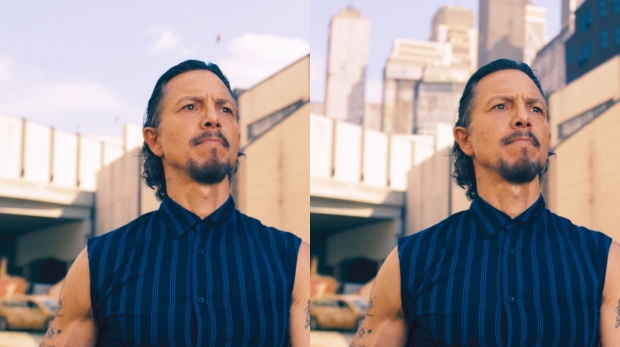 When VFX Legion was tapped to create complex effects for the HBO Max dystopian miniseries DMZ, the L.A. and B.C.-based company delivered 59 final shots that meld photorealist digital elements of a fictionalized, post-apocalyptic wasteland and a real-life New York City.

Produced by Ava DuVernay, and Roberto Patino, DMZ is based on the DC comic book series of the same name. The story is set in a near-distant future ravaged by a Second Civil War, with New York City transformed into a demilitarized zone. Senior VFX supervisor James David Hattin and VFX producer Nate Smalley, both of whom co-founded Legion, oversaw the company’s work on the series.

Check out the trailer, then read more about VFX Legion’s work on the show.

Hattin provided creative direction to their team of VFX supervisors, producers, compositors, CG artists, animators, tracking artists, matte painters, VFX coordinators, and QC managers --  overseeing each phase of production to ensure that it would reflect the vision of creator and showrunner Robert Patino.

Using footage shot on location in Atlanta, Legion’s team incorporated a variety of effects to turn the Georgian city into a dilapidated Manhattan. For one crucial sequence set outside the State Capital Building, the team digitally defaced the existing structure and added graffiti, boarded-up windows, and other CG elements to remake its appearance. The remade structure served as a backdrop for series characters Parco (Benjamin Bratt) and Wilson (Hoon Lee) -- two rivaling warlords who seek to win votes in their power-hungry bids for governor.

Legion also augmented footage of the Hudson River and the New York cityscape, replacing blue screen shot through a hole in a wall with a panoramic view of the river. The team removed parts of the shoreline, boats, and other in-camera elements, and blended CG buildings and landscapes to create the series’ atmosphere. In the final scene of DMZ’s last episode, military tanks - which were filmed inside of a parking garage - drive out of New York from their post at the perimeter of the demilitarized zone. The For this sequence, the Legion team painted over the interior of the garage and replaced it with weathered visuals, such as beaten-down buildings and graffiti-laden walls -- creating the illusion that the tanks were situated in an outdoor environment. The view of Manhattan captured in the scene was achieved by digitally integrating a painted road and CG buildings with footage shot in an underground tunnel.

DMZ entered into production in 2020, and VFX work began in 2021. Tasked with a quintessential pandemic-era process, VFX Legion met the moment by bringing in a pipeline, set of procedures, and wealth of creative resources that it has developed since the company first began as a fully-remote operation in 2013. Among the team’s tools of choice for the series’ visuals were The Foundry’s Nuke for compositing, Houdini SideFX, and Autodesk’s Maya for animation, as well as proprietary technology integrated into Legion’s pipeline.

DMZ is currently available to stream on HBO Max.