Company debuts as licensing agents for characters from well-known Sega and Capcom brands including ‘Sonic the Hedgehog,’ ‘Street Fighter’ and others. New York, NY -- When your brand needs a hero, who you gonna call? Instead of the popular refrain “Ghostbusters,” just substitute GameBridge and your call will be answered.

GameBridge debuts as a newly-launched company that licenses characters from popular video games for use in advertising content and ad campaigns.  Based in New York, its’ licensing relationships include the storied game publishers Sega and Capcom, with more publisher agreements in the wings.

GameBridge is co-founded by Andy Uterano and Billy Bell, veterans of the music sales and licensing industry, who’ve worked with video game publishers on their music needs.  Both are executives at SEMW, the industry leader in licensing and distribution for video game soundtracks. GameBridge will partner strategically with Sumthing Else to provide music licensing services to its clients.

Among the characters GameBridge represents is “Sonic the Hedgehog,” the lead hero of the wildly successful franchise from Sega that first debuted in 1991.  Still going strong, “Sonic” and his friends - “Tails,” “Knuckles”, “Amy,” and “Sticks” - are starring in their first ever CG-animated TV series, “Sonic Boom,” which premiered in November of 2014. In the future Sonic will also hit the big-screen with a hybrid animated/live action feature film.

Also on the GameBridge roster are the “Street Fighter” characters Ryu and Chun-Li (the latter a breakthrough female character and videogame icon), along with Ken and Blanka.  The GameBridge lineup also includes characters from “Resident Evil. 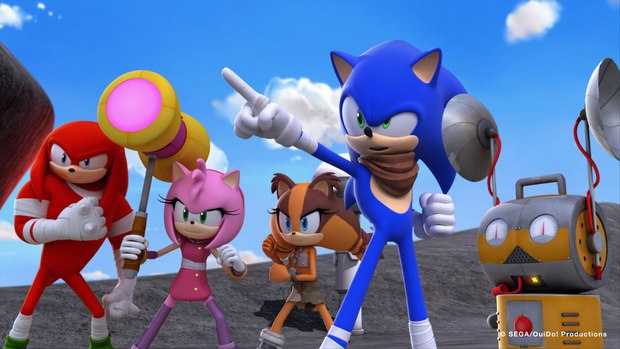 “Video games have become a part of popular culture,” says Uterano, “and their pervasiveness presents unique opportunities to the owners of these intellectual properties. Our goal in founding GameBridge is to leverage these opportunities and pair our licensed characters with familiar consumer brands.”  The company will act as an agent for its licensing partners, Uterano explains, negotiating deals between advertisers, their agencies and the IP holders of the respective video game characters.

“We’re also set up to make it much easier and more efficient for both advertisers and game publishers to connect their respective characters and brands,” adds Bell. “Our experience and knowledge enables us to forge agreements that will simultaneously maintain the integrity of a game’s image with its all-important fan base while ensuring a high level of ROI for participating advertisers.”

“Our characters are well-suited to serve as brand ambassadors,” comments Rene Flores, Director of Licensing, Sega of America. “We’re looking forward to uniting some of our most-loved characters with America’s best-loved brands.”

In addition to Uterano and Bell, the GameBridge management team includes Creative Director Glenn H. Mason and Strategic Media Partner Steven Horton. Mason is a seasoned creative professional who’ll be responsible for developing and executing GameBridge’s creative strategy, while Horton, the founder and Executive Producer of the production company Grand Large, brings a wealth of marketing, advertising and video production capabilities to the company.

In addition to tapping Horton’s expertise and contacts, Grand Large will function as the production arm of GameBridge on a non-exclusive basis, providing its advertiser clients and publisher licensees with access to a full range of high-quality film and video production and post production resources.  Beyond its own roster of creative talents, it works closely with MacGuff, a leading European animation and effects studio, and with Prologue Films, a major producer of broadcast design and identity packages, opening title sequences, gaming characters and visual effects.  Both studios will partner with GameBridge clients on game-driven ad content.