Honor recognizing pioneering significant and lasting contributions to the art and science of the visual effects industry will be presented at the 16th annual VES Awards in February. 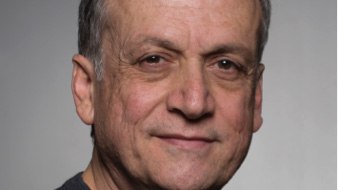 LOS ANGELES -- The Visual Effects Society has named Academy Award-winning visual-effects master Joe Letteri as the next recipient of the VES Georges Méliès Award. The award will be presented at the 16th annual VES Awards on Feb. 13 at the Beverly Hilton Hotel.

The VES Georges Méliès Award, bestowed by the VES Board of Directors, is awarded for pioneering significant and lasting contributions to the art and science of the visual effects industry by way of artistry, invention and groundbreaking work.

VES will honor Letteri for his pioneering contributions as a visionary artist adept at using technology to create unforgettable worlds and CG characters that speak volumes about our humanity. His boundary-breaking work with motion capture has brought us evocative characters that are believably alive -- and have riveted and entertained millions through exceptional and unforgettable narratives.

Letteri’s creative vision and inventive techniques have garnered him four Academy Awards for Best Visual Effects on Avatar, The Lord of the Rings: The Two Towers, The Lord of the Rings: The Return of the King and King Kong. He has received the Academy’s Technical Achievement Award for co-developing the subsurface scattering technique that brought Gollum to life, four BAFTA Awards and six Visual Effects Society Awards. Letteri is a recipient of the New Zealand Order of Merit, the Queen’s honor, bestowed for rendering meritorious service to the Crown and nation and distinguished by his talent.

“Joe Letteri is an amazing creative force and a defining voice of the visual effects community,” said Mike Chambers, VES Board Chair. “He has consistently elevated not just the technical aspect of visual effects, but also the emotional. Joe has the extraordinary ability to create or combine technologies to brilliantly enhance the art of storytelling and has brought us some of the most memorable character-driven tales of all time. For his pioneering work that has redefined our industry on a global level, we are honored to award Joe with the prestigious Visual Effects Society Georges Méliès Award.”

“Being honored with the Georges Méliès Award means a great deal to me,” said Senior Visual Effects Supervisor Joe Letteri. "I am proud to receive this award from the Visual Effects Society, a leading voice for an art form that continues to inspire me every year."

Letteri joined Weta Digital as Visual Effects Supervisor on The Lord of the Rings: The Two Towers and has since led the company as its Director to become one of the world’s premiere visual effects studios.

Letteri has developed many techniques that have become standards for bringing photographic quality to digital visual effects. He specializes in the creation of realistic creatures, from the dinosaurs of Jurassic Park, to Gollum, King Kong, the Na'vi in Avatar and Caesar from The Planet of the Apes.

As Senior Visual Effects Supervisor on Avatar, Letteri oversaw a program of research and development over four years that produced shots larger and more complex than ever attempted before. This involved shooting on a virtual stage with a new camera system, along with the development of a full pipeline of tools that effectively launched a new approach to filmmaking called virtual production.

Under Letteri’s leadership, Weta Digital has continued to expand and improve these techniques through films like The Adventures of Tintin, The Hobbit trilogy and The Planet of the Apes trilogy. Letteri has recently been focused on Luc Besson’s sci-fi epic, Valerian and the City of a Thousand Planets, War for the Planet of the Apes and the highly anticipated Avatar sequels.

Letteri has been given the distinction of VES Fellow by the Board of Directors. The title of VES Fellow signifies that the individual is recognized for earning an outstanding reputation through sustained contributions to the art, science or business of visual effects, as well as through meritorious service to the Society and the entertainment industry at large.