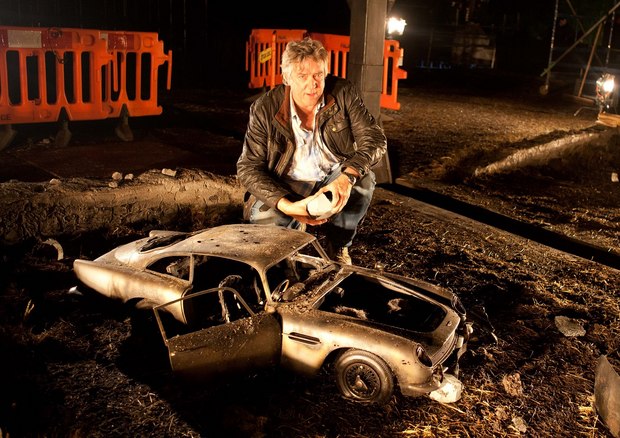 Acclaimed visual effects supervisor Steve Begg will receive the Vanguard Award for Leadership and the Advancement of Visual Effects in the U.K. Distinguished actor Jim Broadbent will receive the Inspiration Award for promoting awareness of visual effects through his body of work. The event takes place on March 17, 2016 at an iconic Bankside location with stunning views overlooking the Thames. Highlights of the 14th Annual VES Awards held in Los Angeles will also be shown.

2016 marks Begg’s 30th year in the business having started his illustrious career working on models and miniatures on the groundbreaking iconic films Aliens and Batman. Born in Edinburgh, Steve is active in promoting U.K. filmmaking and recently petitioned the Scottish government to build a film studio in Scotland in order to provide production facilities to projects considering filming in Scotland. He has also contributed to U.K. cinema through his work on the iconic James Bond franchise, including Casino Royale, Spectre and Skyfall, among many other VFX heavy projects filmed or completed in the U.K. Steve was honored with a BAFTA Scotland Craft Award for outstanding contribution to film or television in 2013.

-- Read Shaken Not Stirred: Steve Begg and the Visual Effects of ‘Spectre’ --

Credited on IMDB as “one of England’s most versatile character actors,” Inspiration Award recipient Jim Broadbent’s body of work spans four decades with close to 150 films under his belt. Jim has been honored with 22 wins and 46 nominations for his incredible, entertaining, moving and diverse performances including Oscar, BAFTA, Golden Globe, International Emmy, Royal Television Society, London Critics Circle Film Awards (ALFS) and Evening Standard British Film Award wins and British Independent Film Award, Screen Actors Guild and a host of other nominations. He has starred in many visual effects-driven and animated films such as Paddington, Cloud Atlas, Arthur Christmas, The Chronicles of Narnia, Moulin Rouge and as Professor Horace Slughorn in the Harry Potter franchise amongst many other notable characters over the years.

VES U.K. Chair Brooke Lyndon-Stanford is passionate about bringing some of the awards action to London and comments, “The U.K. VES Awards are inspired by the fact that the biggest box office hits of all time are visual effects-driven, yet very few know who the artists are. We want to highlight these achievements and give the stars of VFX worldwide recognition. The night is a very special take on an awards show, and thanks to the generous support of our sponsors, will be one like no other!”

To give the event a breath of fresh air, the VES London team is creating a magical fantasy night inspired by films like Labyrinth and The Dark Crystal. Food will involve a uniquely designed menu befitting the theme for the night. International sensation Inga Liljeström will be providing musical entertainment on the night and the VES London creative performance team will be injecting extra doses of fun, imagination and originality as guests enter and make their way up to the event space.