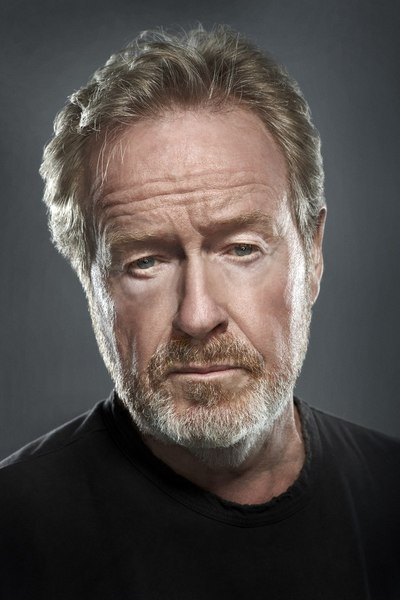 Los Angeles -- The Visual Effects Society (VES), the industry’s professional global honorary society, named multiple award-winning director-producer Ridley Scott as the recipient of the VES Lifetime Achievement Award in recognition of his enormous contributions to filmed entertainment. The award will be presented at the 13th Annual VES Awards on February 4, 2015 at the Beverly Hilton Hotel.

The VES Lifetime Achievement Award, bestowed by the VES Board of Directors, recognizes an outstanding body of work that has significantly contributed to the art and/or science of the visual effects industry. VES will honor Scott for his vision and dedication to storytelling that blends iconic visual effects and unforgettable narrative on an epic scale. Scott’s fiercely innovative direction of groundbreaking films including science fiction classics Blade Runner and Alien and the sweeping chronicle Gladiator, has given rise to a new era of storytelling and had a profound impact on future generations of filmmakers.

“Ridley Scott is a defining voice of the feature, broadcast and commercial forms,” said “Jeffrey A. Okun, VES Board Chair. “His vision and contribution to the art is incomparable and his impact upon the visual effects and technical form is unparalleled. Ridley has given us a body of groundbreaking work to aspire to, and for this we are honored to award him with the prestigious Visual Effects Society Lifetime Achievement Award.”

“The best filmmaking has always been the result of collaboration between artists, craftspeople and technicians, both in front and behind the camera,” said Ridley Scott. “Over the years I have been very fortunate to work on films that are visual at their core and thus I have always been immensely reliant on the expertise of our visual effects teams. To be honored by the Visual Effects Society with this Lifetime Achievement Award is indeed extremely gratifying.”

Scott has received Academy Award nominations for Best Director for his work on Black Hawk Down, Gladiator, and Thelma & Louise. All three films also earned him DGA Award nominations. His most recent directorial credits include the hit Prometheus starring Michael Fassbender, Noomi Rapace and Charlize Theron and the acclaimed The Counselor, starring Michael Fassbender, Brad Pitt, Cameron Diaz, and Javier Bardem.  Scott’s much-anticipated Exodus: Gods and Kings starring Christian Bale, will be released on December 12 from Fox. He is currently in production on The Martian with Matt Damon, set for 2015 release.

In 1977, Scott made his feature film directorial debut with The Duellists, for which he won the Best First Film Award at the Cannes Film Festival. He followed with the blockbuster science-fiction thriller Alien, which catapulted Sigourney Weaver to stardom and launched a successful franchise. In 1982, Scott directed the landmark film Blade Runner, starring Harrison Ford. Considered a science-fiction classic, the futuristic thriller was added to the U.S. Library of Congress’ National Film Registry in 1993, and a director’s cut of Blade Runner was released to renewed acclaim in 1993 and again in 2007. Scott’s additional film directing credits include Legend, Someone to Watch Over Me, Black Rain, 1492: Conquest of Paradise; White Squall, G.I. Jane, Hannibal, Body of Lies, A Good Year, Kingdom of Heaven, Matchstick Men and Robin Hood.

Ridley and his brother Tony formed commercial and advertising production company RSA in 1967. RSA has an established reputation for creating innovating and groundbreaking commercials for some of the world's most recognized corporate brands. In 1995, they formed the film and television production company Scott Free. With offices in Los Angeles and London, Scott Free produced such films as In Her Shoes, The A-Team, Cyrus, The Grey, and the Academy Award-nominated The Assassination of Jesse James.

Scott also executive produces the Emmy, Peabody, and Golden Globe winning hit TV show The Good Wife and the team served as executive producers on the hit series, Number and on long-form projects including the Starz miniseries The Pillars of The Earth, the A&E miniseries The Andromeda Strain, the TNT miniseries The Company; and the award-winning HBO movies RKO 281, The Gathering Storm, and Into the Storm.

As previously announced, award-winning director-producer-writer J.J. Abrams is the forthcoming recipient of the VES Visionary Award.