VES Announces 2014 Board of Directors Officers

The Visual Effects Society announces its 2014 Board of Directors officers; Jeffrey A. Okun re-elected as Board Chair. 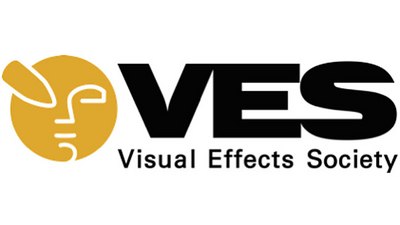 Los Angeles -- The Visual Effects Society, the industry’s global professional honorary society, has announced its 2014 Board of Directors officers.  The officers, who comprise the VES Board Executive Committee, were elected at the January 2014 Board meeting.  The officers include Jeffrey A. Okun, who was re-elected for a sixth one-year team as Board Chair.

“We are privileged to have such a high caliber of leadership represented on the Executive Committee,” said Eric Roth, VES Executive Director.  “Collectively, these talented professionals bring passion, diverse experience and enormous commitment to our organization.  And we simply could not have a better leader then Jeff Okun, who consistently demonstrates his forward-looking vision and unsurpassed dedication to VES and the global visual effects community.”

The 2014 Officers of the VES Board of Directors are:

Jeffrey A. Okun most recently completed work on 20th Century Fox’s Oscar nominated film, Hitchcock, The Watch and Percy Jackson 2, as well as several other high-profile projects.  He is known for creating ‘organic’ and invisible effects, as well as spectacular ‘tent-pole’ visual effects that blend seamlessly into the storytelling aspect of the project, and has won the VES Award for Outstanding Supporting Visual Effects for his work on The Last Samurai.  Okun has also delivered wide-ranging effects in award winning films such as Blood Diamond, Stargate, Sphere, Red Planet, Deep Blue Sea, Lolita and The Last Starfighter.  Additionally, he oversaw the rush 3D conversion of Clash of the Titans.

As VES Board Chair, Okun has fostered a global community and focused attention on bringing business and creative education to artists, facilities and studios.  Under Okun’s leadership the VES was a key player in the creation of a worldwide software anti-pirating alliance with the US Government to insure that all facilities have a fair and level playing field from which to bid.

Okun created the visual effects tracking and bidding software that is in wide use within the industry today, as well as the revolutionary visual effects techniques dubbed the "PeriWinkle Effect" (an underwater blue screen technique) and the "Pencil Effect” (accurately predicts the final visual effects count and budget).  He also created and co-edited the VES Handbook of Visual Effects, an award-winning reference book covering all aspects of creating visual effects, techniques and practices.

Michael Fink has earned degrees from California State University Northridge, San Francisco Art Institute, and California Institute of the Arts, in an attempt to disguise a checkered past.

Fink is a founding member of the VES and a member of the Executive Committee of the Visual Effects Branch of the Academy of Motion Picture Arts & Sciences.  He is currently a Professor at the School of Cinematic Arts at the University of Southern California, and continues working as a supervisor and consultant on visual effects and 3D projects.

Nancy St. John has been in the visual effects business for more than 30 years.  She has managed, produced, and executive produced at many visual effects and computer graphics facilities, including Mill Film, Industrial Light & Magic, Pacific Data Images, Robert Abel & Associates, Digital Productions, and Vertigo Computer Imagery.  She has served as a visual effects consultant to Disney, DreamWorks, Fox, HBO, Paramount, Walden Media and Warner Bros., and renowned facilities such as Rhythm & Hues, Tippett Studios, and Pacific Title.

St. John was the production side visual effects producer for Academy Award winner Babe and for Academy Award winner Gladiator.  She was also a visual effects producer for the Academy Award nominee I-Robot.  Most recently, St. John completed work on Ender’s Game, where she worked on the Production side for both Odd Lot Entertainment and Lionsgate. Previously, she ran the Vancouver BC VFX division of Prime Focus and oversaw the completion of a number of VFX projects including Men in Black 3, Total Recall and Resident Evil, and was an in-house consultant to Relativity Media.  Other previous projects include Charlotte’s Web, Life Aquatic, Evolution and James and the Giant Peach.

St. John is serving her third term on the VES Board of Directors.

Eugene "Gene" P. Rizzardi, Jr. is a Model Shop Supervisor and special effects artist and has operated his own model and prop company, Modelwerkes and Special Effects, since 1979.   Rizzardi started his work in the special effects department and as miniature and model maker in the late 1970's when he worked on projects including Scared to Death, Megaforce, TV movie V (and the subsequent TV miniseries V: The Final Battle), and The Hugga Bunch (1985), which garnered him an Emmy Award for Outstanding Special Visual Effects.  He oversaw the build of the Borg cube model and built the force perspective Enterprise-D dorsal saucer section for the Star Trek: The Next Generation and constructed the transparent display model of the USS Enterprise-E, seen in Star Trek Nemesis, albeit uncredited. More recently, he worked in the prop shop for 2009's Star Trek.

Further credits include Critters, Masters of the Universe, Bulletproof, Rambo III, The Blob, Army of Darkness, Demolition Man, Apollo 13, Titanic, Alien: Resurrection, Godzilla, American Beauty, Final Destination 2 and Final Destination 3. He worked as special effects technician on TV series Tell Me You Love Me, Lie to Me and Saving Grace, Charlie Wilson's War and Crank: High Voltage; as prop shop foreman on Iron Man 2; and as special effects foreman on the Bad Teacher.  Rizzardi also supervised and built many of the model dioramas for Dinner for Schmucks.   He is currently working with Applied Minds as their Model Supervisor.

Rizzardi is featured discussing model making in the 2011 documentary Sense of Scale. He has served for many years on the VES Board of Directors and is a member of the Visual Effects Branch of the Academy of Motion Picture Arts & Sciences and the Association of Professional Model makers.

Kim Lavery has more than two decades of experience with both production and post-production sides of filmmaking and visual effects producing.  She was a news videographer and then a Today Show news anchor with an NBC affiliate earlier in her career. She then worked for Universal Studios, in Studio Operations on film production and shifted to visual effects in 1994.

Since then, Lavery has been instrumental in building out specialized visual effects boutique studios as well as VFX Producing in the global market place with New Zealand. Her ongoing missions are mixing traditional art and technology and combining her passion with aviation. Her current involvements are with Aerial Cinematography.

Lavery has served as Co-Chair of the VES Awards since its inception in 2002 and has served on the Board of Directors for most of the last decade.