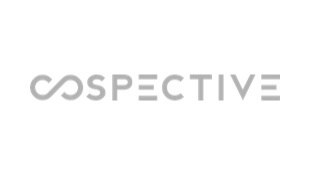 Los Angeles-based 3D conversion facility Venture 3D has been involved in producing dozens of 3D versions of well-known films over the past few years, including arguably the most successful conversion of all time, Titanic 3D.

Todd Cogan, Executive Producer and Lead Stereographer at Venture 3D has been with the company since its beginning and has seen the industry evolve. From the early -- and much maligned -- conversion of Clash of the Titans (which Venture 3D was not a part of) to the current slew of big budget 3D blockbusters, 3D has gained great support from profit-driven studios and general acceptance from audiences.

As Cogan says “If your movie is released in 3D, it’s still perceived as being a bigger movie. People are more inclined to go see it, because they think it will be bigger, more impressive.” Essentially, 3D works as a marketing tool, even to audiences who prefer to view films in 2D, because a 3D version marks a film as an “event film,” a major blockbuster. As 3D conversions have improved, driven by the technical innovations of companies such as Venture 3D, Stereo D, Prime Focus and others, the distinction of being shot “natively” in 3D -- like Avatar -- has become less important. The immersive 3D of Gravity won universal acclaim, even though it was only partly shot in 3D and had extended sequences converted in post production.

James Cameron, a pioneer of modern 3D movie making relied on Venture 3D to convert his 1997 film Titanic. After initially dismissing 3D conversions as being damaging to the “brand” of 3D, Cameron’s stance was somewhat softened after seeing Venture 3D’s high quality work. In an interview with The Wrap in 2012, Cogan said “Jim has been pretty vocal about his distaste for conversion. Titanic is his baby, so he didn’t settle for good enough. He really put us through the wringer -- but when it’s done correctly, conversion can look better than a movie shot in live action. We have control over every single thing in a shot and that makes enhancing a puddle or a particular object that much easier.”

The re-issued Titanic 3D went on to make over $300 million world-wide, proving that audiences have a real appetite for 3D done properly.

Key to Venture 3D’s success has been their workflow. With a head office in Los Angeles and a studio in Seoul Korea, Venture 3D has been able to create a remote collaboration pipeline that essentially allows them to work 24 hours a day. Venture 3D are able to review work in progress during their day in LA and then pass on feedback to the Korean studio. As Cogan says, “If we can have all our notes done by 4pm, it’d be 8am over there and they’re just sitting down at their workstations, so then they have their marching orders for the day.”

For Venture 3D, this was where cineSync Pro became a vital part of their toolset. cineSync, the Academy Award-winning technology from Cospective, is an interactive review and approval tool that allows users to play video, make notes and draw annotations in sync with anyone in the world.

Using cineSync Pro, Cogan could draw annotations right onto the 3D image and communicate frame-specific notes to the Korean studio, ensuring there was no miscommunication. “The thing that I like about cineSync is that it’s just so simple. It’s straightforward. It’s hard to describe changes by email, but a line drawn on the screen just makes sense -- it’s kinda universal. You can say ‘there’s a bump on somebody’s cheek right here’ and just circle it. It’s a no-brainer.”

Obviously for this kind of work, being able to review the images in 3D was vital. “The work we do, you can only see it in 3D. If it’s a paint artifact, then you can see that in 2D, but if it’s a 3D issue like ‘his nose is too long, or his cheek is too sunken-in’, then you need to see that in 3D.”

Importantly, since every 3D viewing system is different, 3D review tools need to be able to output to various different devices, which cineSync Pro had to do to meet Venture 3D’s requirements.

The cineSync team worked with Venture 3D to refine cineSync Pro’s 3D viewing tools and Venture 3D’s crew were an invaluable source of technical information and real-world experience throughout the development process. As a result, cineSync Pro became the world’s standard for interactive remote review of 3D material and Venture 3D had access to a toolset that suited them perfectly.

In recent times, Venture 3D has been focussing on diversifying, while keeping their 3D conversion business active. Venture 3D was responsible for converting the 3D Metallica concert movie, overseeing the marketing material for Spiderman 2, some emergency work on OZ and Steven Chow's Journey to the West: Conquering the Demons which was #1 at the box office in China with over $200 million in revenue. In addition, they worked closely with Stereo D on Star Trek: Into Darkness, Pacific Rim and the Jurassic Park 3D re-issue, among other titles. They’ve also been busy with setting up an international animation project that will see them working with animators in Europe, while still being based in Los Angeles.

As for the future, Cogan says “We’re looking forward to seeing what happens next and we’re excited about the next stage in the evolution of Venture 3D.”