The adult animated comedy series focusing on the origin story of ‘Scooby-Doo’s Velma Dinkley and the formation of ‘the greatest team of mystery solvers ever’ has garnered the worst audience score on IMDB as well as a 6% Rotten Tomatoes audience score. 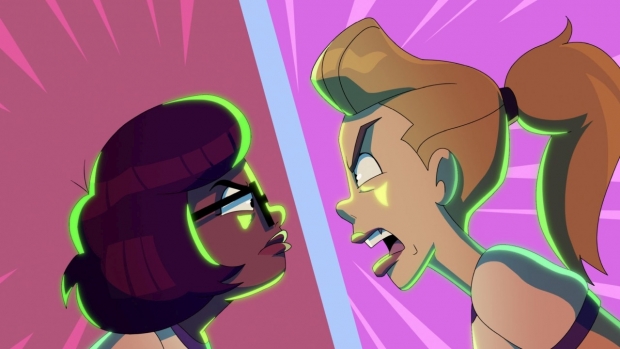 Velma, Charlie Grandy’s adult reimagining of the classic 1970’s animated mystery series Scooby-Doo recently debuted as the most-watched animated series on HBO Max. However, not all accolades are positive. The Velma premiere has also garnered the title of Worst Audience Score on IMDB, beating out Dragonball Evolution with a startling 1.3/10. Audiences on Rotten Tomatoes are equally harsh, giving the diverse series a 6% score.

The 10-episode adult animated comedy series focuses on the origin story of Velma Dinkley (Mindy Kaling) and the eventual formation of “the greatest team of mystery solvers ever.” Less-than-enthused Scooby-Doo fans cite the lack of the iconic Great Dane, as well as the adult jokes that alienate younger audiences, for the poor ratings. Additionally, viewers from both sides of the diversity debate seem to believe the casting seems forced.

adult reimaginings of childhood classics never explore anything interesting, they all just ask the same question, “what if these people did drugs” https://t.co/ppaffLG82b

Just blatantly using the franchise name for their own show when it has nothing to do with Scooby Doo https://t.co/nFZwfNnlUy

Velma is… extremely not good.

It reads like a right-wing YouTuber's clumsy understanding of what a "diverse" show is.

Which, given that its showrunner is Mindy Kaling, who has faced criticism for transphobia and once described herself as "way conservative", kind of makes sense pic.twitter.com/LI4wO1e8pN

The merging of both worlds was a difficult path to tread. “They're trying to make something original, yet also deferential,” says Glenn Howerton, voice of Fred. “It's such an iconic show, such an iconic universe, you don’t want to completely dismiss what the show was, and do something that's so different that it doesn't fit in with the universe at all. But I think the spirit of what it always was is still there.”

While audiences may not be pleased with the new show, the sky high viewership numbers may have already granted Velma a second season, with a 2023 premiere window listed on the Entertainment Identifier Registry.

Velma will continue with two new episodes weekly, leading up to the finale on Thursday, February 2. The Warner Bros. Animation show is executive produced by The Office’s Grandy alongside Kaling, Howard Klein, and Sam Register.