Screening of student films and reception set for April 20 at The Darryl F. Zanuck Theater. 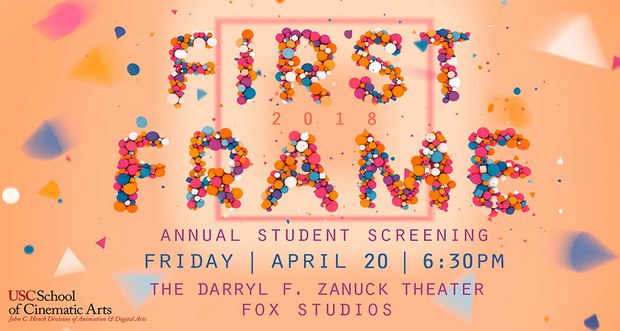 The showcase will be held at Twentieth Century Fox Studios’ Darryl F. Zanuck Theater beginning at 6:30 p.m. and will be followed by a reception for Hench-DADA students, alumni, faculty, staff, members of the animation industry and press.

The series of shorts will feature original student work spanning all forms of animation including hand-drawn and CG animation, stop-motion, motion-capture, VR, documentary, and experimental animation.

“We are so pleased to present this annual celebration at the historic Twentieth Century Fox Studios this year,” says Teresa Cheng, chairwoman of Hench-DADA. “This event highlights our students’ exceptional work and allows them the unique opportunity to interact with their future peers.”

The 98-minute screening presentation features 25 animated shorts that were selected by a jury composed of full-time animation faculty. Several of the chosen films have been recognized by domestic and international film festivals, including: Cradle, Student Academy Award winner and shortlisted at the 90th Academy Awards; Inn, first place winner in student traditional animation at the World Animation Celebration; Made for More, semifinalist at the Adobe Design Achievement Awards; Contigo, best animated short at the North Bay Art and Film Festival; The Imitation Game Title Sequence, semifinalist at Los Angeles CineFest; and Elsewhere, best student film nominee at the 45th Annie Awards.

VR animation will be also be on display with Tiniest Tremor, an emotionally immersive and visual journey into the issue of Neonatal Abstinence Syndrome that premiered at SXSW earlier this year.

To view clips of the participating projects, visit the First Frame 2018 web site.