UPDATE: Textor makes a statement regarding the Florida lawsuit, which he claims is politically motivated. The state of Florida files a lawsuit against former executives of Digital Domain Media Group Inc., saying the visual effects company was essentially a Ponzi scheme that defrauded the state out of more than $80 million in job-creation grants. 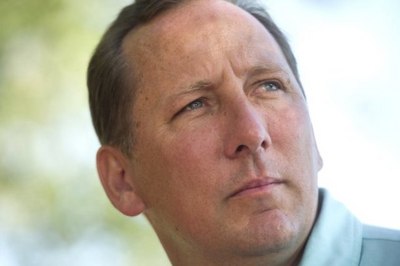 The state of Florida has filed a lawsuit against former executives of Digital Domain Media Group Inc., saying the visual effects company was essentially a Ponzi scheme that defrauded the state out of more than $80 million in job-creation grants, according to a report by The Wall Street Journal.

In a complaint filed Tuesday, Florida alleged that Digital Domain, which filed for bankruptcy a few years after expanding its operations to Florida, misrepresented the business it was bringing to Florida and later misused the state funds it was awarded for the purpose of creating hundreds of high-paying jobs.

The state of Florida awarded Digital Domain $20 million, and the company received an additional $62 million in grants from two Florida municipalities.

In a statement, Textor called the lawsuit "a politically motivated fiction." He added that Digital Domain met all the grant requirements, building a studio and a visual effects college and hiring Florida workers.

"After the bankruptcy, Governor Scott's Inspector General conducted a thorough investigation and found no wrongdoing by me or any of those involved in awarding the grant," Textor reportedly said. "Now months before a close election, this has resurfaced…The politics of this lawsuit are clear."

William Scherer of Conrad Scherer, the lawyer handling the lawsuit for Florida, disputes any political motivation for filing the lawsuit, saying his only motivation is to collect the funds granted Digital Domain.

Digital Domain Media Group filed for Chapter 11 bankruptcy in September 2012, asking the bankruptcy judge to allow the company to hold an auction for its assets immediately, as it teetered on the brink of liquidation. The company was sold at auction for $30.2 million to a joint venture of Beijing Galloping Horse Film Co. and Reliance MediaWorks Ltd.

UPDATE: AWN received a statement from Textor regarding the lawsuit, which can be read in its entirety below:

"This lawsuit reads as a politically motivated fiction. The Studio was built, the workers were hired, the State audited and confirmed that Digital Domain met all of the grant requirements. In response to heavy criticism from an uninformed legislator in 2009 for not including Digital Domain California in the plans for the Florida startup, the consolidation of Digital Domain was later completed with great transparency and with the approval of OTTED staff that remain with the Governor today. Furthermore, after the bankruptcy, Governor Scott’s Inspector General conducted a thorough investigation and found no wrong-doing by me or any of those involved in awarding the grant. Now months before a close election, the Governor has chosen to create new headlines by hiring a law firm that only recently chose to represent me in the same matters. When acting as my lawyers, they believed the public was not aware of the facts. They met with me several times, received confidential information and agreed to represent me in my efforts to investigate the actions of hedge fund lenders whose predatory actions shut down a performing economic development project. The politics of this lawsuit cannot change those facts. The State’s law firm has knowingly violated their ethical duties as lawyers.

While I accept that the closure of Digital Domain severely impacted our jobs creation project, I still support its mission. We built two separate programs to deliver on the jobs promise -- an animation studio that would create 500 jobs and a college to inspire thousands more. It’s worth noting that while the studio failed, the college continued to prosper even after the bankruptcy. Maybe this lawsuit will force the Governor to explain his own actions in closing the college in South Florida -- the biggest part of our jobs program."