Leading CG software developer Autodesk confirms that it is ceasing development of its Softimage CG software. 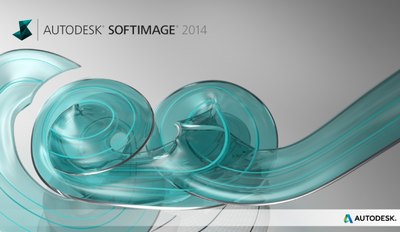 Leading CG software developer Autodesk has confirmed that it is ceasing development of Softimage.

Its upcoming "Softimage 2015" version will be the last new release of the CG software; a transition plan is designed to move customers to its Maya or 3ds Max CG software.

Autodesk Media & Entertainment's marketing manager Maurice Patel said the company had to make a “tough decision” and will instead “devote more resources to fewer products.” He added that R&D would increase on its two more widely used 3D CG software systems, Maya and Max.

Autodesk acquired Softimage, which competed with its Max and Maya products, from Avid Technology for approximately $35 million in late 2008. However, Autodesk continued to develop all three software products for their respective user bases.

The company now plans to offer Max or Maya to current Softimage subscription customers as part of its transition plan. The company is also restructuring its packages. Autodesk said it would continue to support Softimage for two more years, though there would be no more feature development.

UPDATED: Autodesk has issued an update with adjustments to the Softimage 2015 transition plan, including adding the ability for subscription users to access Softimage indefinitely after April 2016. Read the full text, below:

We have been monitoring all of your feedback on the forums, including many direct conversations with our customers, and have made adjustments to the transition offering to address your concerns.

As we had previously announced, a program is available to all Softimage customers on Subscription providing you with the option of migrating to 3ds Max or Maya via a bundle that will include a Softimage license until April 2016.  Based on your feedback we will be adding the ability to continue to access Softimage indefinitely with your Subscription entitlement even after we stop support on Softimage in April 2016. We have heard you and we want to make sure you can continue to be able to access your Softimage projects even after the retirement of Softimage. Our intention was not to create more burden on you with this difficult change.

As many of you have also asked about this, we would also like to clarify what will happen if you do not want to transition: your licenses will not stop working. Any licenses you have purchased are yours. They are perpetual licenses and will continue working whether you are on Subscription or not. You will continue to be able to contact support if you need to move a license to a new machine.

For more information about the transition, please visit www.autodesk.com/softimage.