Users can now access the software with all features intended for final release, and are encouraged to experiment with new tools and workflows and otherwise put the program through its paces to help identify any remaining glitches. 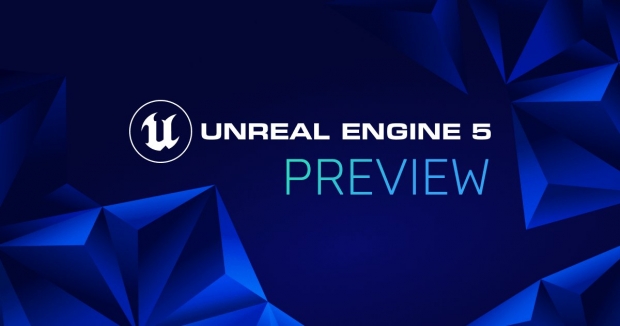 Unreal Engine 5 Preview is here! As detailed in an Epic Games post, the eagerly awaited new version of the company’s real-time content creation toolset is headed towards its final shipping version, and users are now encouraged to access and test the software to their hearts’ content!

As the company moves towards final version release, they’re looking for the UE user community to experiment with the new tools and workflows, and help test and debug the software. In addition to many improvements to previously exposed tools like Nanite, Lumen, One File Per Actor, World Partition, and MetaSounds, users will find some exciting new animation tools, groundwork support for Large World Coordinates, and much more.

The company stressed that Preview releases will still have instabilities and other issues, and should not be used for production. It is suggested that users make a copy of existing projects if they wish to use them to experiment with the new tools and workflows.

Unreal Engine 5 Early Access was focused on exposing new features for next-gen game development. With this Preview release, creators from all industries are invited to take it for a test-drive. In announcing the UE5 Preview release, the company noted one caveat: while users should be able work in UE5 much the same way as they have in UE4, with existing workflows supported, some of the major new features such as Lumen and Nanite have not yet been validated with non-games workflows.

Though the full list of new features and improvements is extensive, here are some key highlights:

Nanite is UE5’s new virtualized geometry system that enables you to create games and worlds with massive amounts of geometric detail.

Since the Early Access release, there have been many stability, quality, and performance improvements, including:

Preview 1 offers improvements in stability, performance, and feature completeness, including:

World Partition is a distance-based streaming solution. It greatly simplifies the large-world creation process by changing how levels are managed and streamed, automatically dividing the world into a grid and streaming the necessary cells.

Since Early Access, there have been a large number of improvements in stability, performance, and feature completeness, including:

Control Rig enables you to create custom controls on your imported skeletal mesh; using these, you can generate new animations or modify existing ones within the Unreal Editor.

This release offers considerable performance improvements and many new features, including:

New in Preview 1, these two features combine to allow a small set of animations to work with a wide range of motions.

These two new features make it easier and more efficient to animate skeletal characters in the Unreal Editor.

IK Rig enables you to interactively create solvers and goals that perform pose editing for your skeletal meshes. A common use case is to adjust a character additively while maintaining the existing animation, such as a moving character looking at a target.

IK Retargeter enables you to rapidly and robustly transfer animations between characters of different proportions across different skeletons. The retargeting can be done either at runtime or for offline creation of new animation assets.

For the complete list of features, visit the Unreal Engine site.