Drawing on Slavic mythological images and themes and showcasing Ukrainian culture, values, and traditions, the 3D animated family feature is slated for Q4 2022 delivery, despite the challenges of the ongoing war. 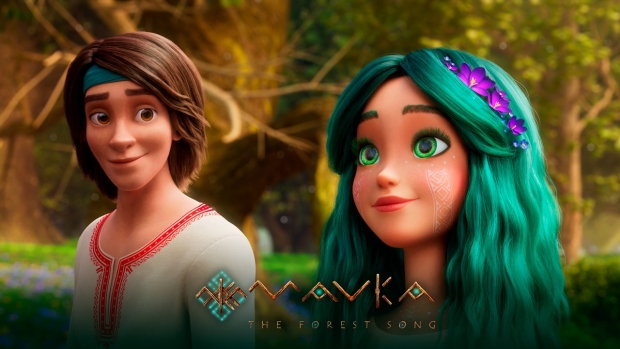 Universal Pictures Content Group has acquired French distribution rights for the animated feature film Mavka. The Forest Song (produced by Animagrad studio and FILM.UA Group). The film will be dubbed in French, including the soundtrack, for theatrical release.

From Animagrad studio and FILM.UA Group, the 3D animated family feature is based on the poetic play “The Forest Song” by Lesya Ukrainka written in 1991. The project also draws on images from Slavic mythology and elaborates on its heroes and themes. The feature’s creators have noted the film’s authentic Ukrainian charm brings novelty to the genre with its spirit, originality, humor, and adventures in a manner appealing to worldwide audiences, young and old alike.

"We are looking forward to a new partnership with the market leader, Universal Pictures Content Group, thanks to which Mavka will also speak French,” shared Evgeniy Drachov, FILM.UA distribution CEO. “Since the first presentations of the project on the international film markets, we have seen great interest in the film from the international audience. Earlier, the film was already presold in more than 20 territories, including Italy, Spain, Portugal, Poland, Bulgaria, Hungary, Romania, Greece, Norway, Denmark, Ireland, Sweden, Finland, as well as MENA countries, and many others. And our team continues to work to expand the list of countries where the Mavka movie release will take place." Mavka. The Forest Song showcases Ukrainian culture, values, and traditions and has an environmental component in the partnership with WWF-Ukraine. Mavka is a unique female character from Ukrainian legends and myths, the Soul of the Forest, who becomes its Guardian when her home is in danger. She strives for peace and harmony in her world, just as the people of Ukraine today strive for their own.

The movie is produced by Iryna Kostyuk, Anna Eliseeva, and Egor Olesov, with Oleg Malamuzh and Oleksandra Ruban directing. The scriptwriter is Yaroslav Voytseshek, and Kristian Koskinen serves as art director.

Despite the war, work on the animated film Mavka. The Forest Song continues. Delivery is scheduled for Q4 2022.