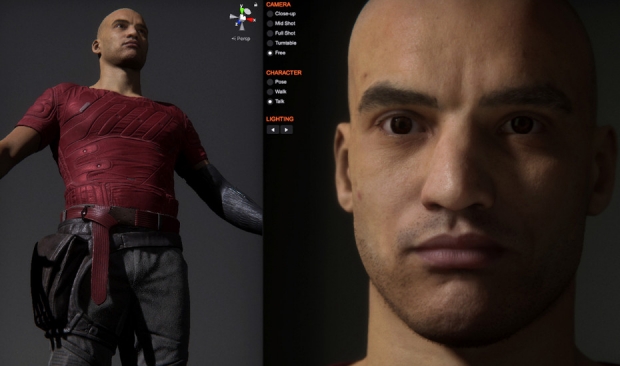 Unity has just released the Digital Human character and technology stack used in the production of their CG animated short, The Heretic. Created by Unity’s Demo Team and released this past January, the film showcases the group’s first realistic digital human; it demonstrates every aspect of Unity’s High Definition Rendering Pipeline, and features advanced effects created with the VFX Graph.

In producing the short, the Demo Team built a completely new data pipeline, from the acquisition of 3D and 4D data through processing and into setup in Unity. While the team continues their research, they decided the time was right to share what they’ve created to date. Everyone is free to use these tools in their productions and build on top of them in any way they choose.

The box contains the following:

Unity is also releasing the digital character Gawain, modeled after British actor Jake Fairbrother. This 3D character is available for learning, research, and similar non-commercial use for the advancement and sharing of real-time graphics and content creation knowledge.

In case you missed it, watch The Heretic below:

Requirements for the Digital Human package:

You can download the free Digital Human assets from the Asset Store or clone it from GitHub: