Release 2019.1, set for early next year, will include Python support, new cinematic tools and scalability features. 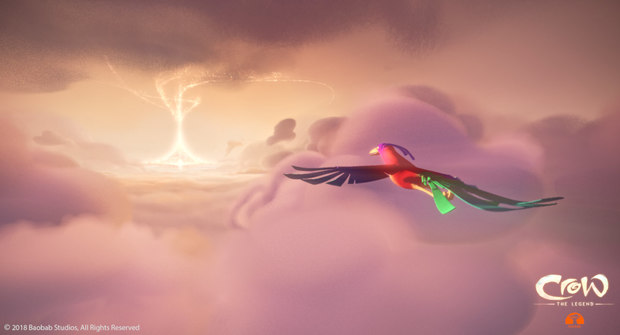 ‘Crow: The Legend,’ from Baobab Studios.

To kick off their three-day Unite LA technology conference, Unity Technology has announced a set of new enhanced solutions specifically for animation creators, part of the company’s realtime engine product development roadmap being laid out in more detail tomorrow morning at the annual conference’s first ever Animation and Film Summit. The inaugural day-long summit will focus on a number of opportunities for Unity production integration and how the realtime technology is revolutionizing filmmaking. Though the event is sold out, livestreaming will be available on the Unite LA website. In her Tuesday evening opening keynote, Natalie Grant, Unity’s senior product marketing manager, has revealed that the 2019.1 product release, set for early next year, will include a set of enhanced cinematic tools, new features that allow studios to scale their implementations and support for Python, which gives users the ability to customize their workflows. Unity’s Matthieu Mull is scheduled to discuss the company’s product roadmap for Film and Animation on Wednesday morning during the first session of the Summit. The full-day program also includes the following sessions: Grant also announced the immediate rollout of Unity training workshops specifically designed for animation studios. The instructor-led workshops will be done hands-on onsite and can be customized to a studio’s needs. The training will be available in most global locations, though a comprehensive list has not yet been established.

In keeping with the company’s history of product development done in close cooperation with their user community, this year, Unity is welcoming animators and filmmakers to help with product testing. According to Grant, “We are inviting studios to join our pilot program to start testing new animation features. Unity has a history of developing our product in conjunction with developers. Our products are always evolving based on creator feedback. More and more companies are using our realtime technology for a wide range of innovative projects.”

To highlight some of that innovative work, Unite LA is holding their first animation showcase screening tomorrow at LA Live, a program of 10 animated shorts all created using Unity’s realtime technology. The shorts program was created to echo the fact that there are amazing creators that are using realtime technology to make their short films. It’s also a way to say Unite is a place where filmmakers are welcome. Representing a variety of visual styles, the program includes: