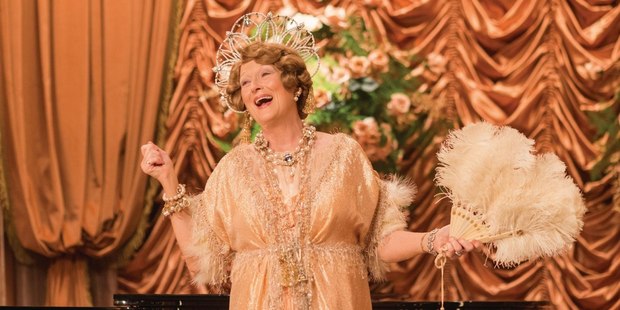 LONDON -- Union VFX has announced details of its work as sole VFX vendor on Florence Foster Jenkins, the new film from Stephen Frears (Philomena; The Program; The Queen), which was released across the UK on Friday.

Florence Foster Jenkins follows Lance Armstrong biopic The Program (2015) and Oscar-nominated Philomena (2013) as the third Frears project on which Union has worked. The London-based VFX specialist completed 300 shots for the Pathé/BBC Films comedy drama, which stars Meryl Streep and Hugh Grant in the true story of the New York socialite who relentlessly pursued her dream of becoming an opera singer despite having a voice of mesmerising awfulness. Although set in 1940’s New York, the film was shot in various UK locations, including Glasgow, Liverpool, London and Twickenham Studios.

As sole VFX vendor, Union was involved in Florence Foster Jenkins throughout the year-long production process, from initial script to the delivery of the graded finished film. With New York almost as big a star in the production as Streep and Grant, Union’s key challenge was to craft an authentic 1940’s version of the Big Apple from modern British locations. Alongside replicating the interior of the iconic Carnegie Hall, Union’s input also included exterior shots of some of New York best-known districts, Midtown Manhattan, Brooklyn, Downtown, as they would have appeared 75 years ago. This entailed a range of “invisible effects”, such as architectural extensions, and dressing the sets with period CGI cars, crowds and street props. The atmosphere was intensified by the addition of classic New York features: steam rising from the streets, American flags blowing in the wind, and CGI-generated water towers and fire escapes.

Adam Gascoyne co-founder of Union and lead visual-effects supervisor on Florence Foster Jenkins, commented, “Just as Florence convinced herself she could sing like an angel, so our challenge was to convince modern audiences that they really are in New York in the early 1940s, immersed in authentic sights and sounds of the period. Bringing an historical era to life is always a real test of a VFX house’s skill. It takes a lot to get it right but very little to get it wrong. But although it was hard and incredibly detailed work, it was a privilege to be part of a project of this calibre and to work once again with the inimitable Stephen Frears.”

Along with Midtown locations, Downtown tenements and a Brooklyn suburb were also part of Union’s brief. The brownstones of Glasgow provided a believable setting for Brooklyn, to which were added street extensions culled from an extensive library of images captured during a visit to New York. Likewise, the back streets of London’s Brixton stood in for the foreground to the tenement buildings, while TriBeCa gave the VFX team the look they needed to create set extensions.

The centrepiece scenes in Carnegie Hall presented a different set of challenges. For the interior sequences, a CGI model was created, which was then textured with around 1,000 stills taken in the venue itself. This allowed Union’s creatives to light the hall to match the live-action photography, which was captured at London’s Hammersmith Apollo by cinematographer Danny Cohen. The next step was to populate the model of the hall with concert-goers. A blue-screen stage was built at Elstree Studio in which a 100-strong crowd was shot in every conceivable configuration and from every possible angle. Meticulously planned camera set-ups were required to ensure that 100 supporting artists could be multiplied via Maya 3D animation and modelling software into a crowd large enough to fill all the tiers in the massive 3,600-seater hall.

Gascoyne added, “It was a very long day and all credit to the crowd that they stayed in character to the bitter end.”