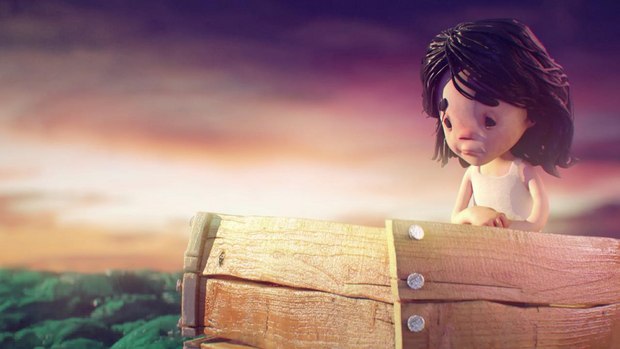 SANTA MONICA, CA -- Children's stories feature imaginative places with fantastical characters. While these worlds of wonder can bring delight to young audiences, there are some stories never meant for children. That’s the message in UNICEF’s Unfairy Tales, an animated film series conceived and creative directed by 1801LA, that chronicles the true stories of Syrian child refugees and the horrors behind why they fled.

The series launches UNICEF’s #actofhumanity global initiative to help frame positive perceptions towards the tens of millions of children and young people on the move globally.

Malak and the Boat tells seven-year-old Malak’s harrowing story of his journey across the Mediterranean Sea in a leaky boat seeking shelter from the Syrian conflict.

A second film, Ivine and Pillow, tells of Ivine, a 14-year old girl in Syria who lives through bombings that kill family members while she manages to settle at a refugee camp in Germany only to face new challenges.

Finally, the third of the series, Mustafa Goes for a Walk, takes viewers along Mustafa’s journey as he escapes Syria in fear of being killed, leaving his friends behind. Even his toys, that give him some semblance of home, do not come along with him.

"Everybody seems to know what's happening in Syria. But, do they know what's happening to Malak, Ivine, Mustafa and the other eight million children affected by the war?” asked Eduardo Marques, Executive Creative Director at ad agency 180LA, which produced the campaign. “We needed to tell these stories and make everyone rethink it."

Fellow 180LA Executive Creative Director Rafael Rizuto commented, “Whereas the first short film Malak and the Boa’ introduced UNICEF’s Unfairy Tales series to the world in a very whimsical fashion, Ivine and Pillow brings it to another level. The film pictures it with more heartbreaking details about what it’s really like to be a child in that situation, showing once again that some stories were never meant for children.”

The campaign was conceived and creative directed by ad agency 180LA. The films were produced with help from animation houses Consulado, House of Colors, Bubba’s Chop Shop and Gilles+Cecilie Studio, along with Media Monks, which is producing the interactive e-book.