The companies will co-produce ‘Igraine The Brave Based,’ a 3D animated feature based on Cornelia Funke's magical fantasy novel; additional collaborations in the pipeline include other live-action and animated films and features. 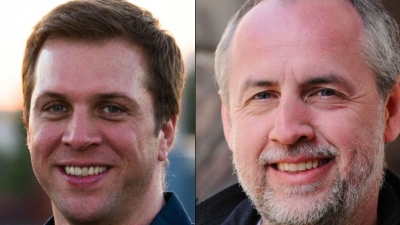 Uncharted Territory has inked a deal with RISE Pictures that will see the LA-based studio, founded by Oscar winning VFX supervisor Volker Engel, relocate to Nuremberg, Germany, joined there by producer Lucia Scharbatke, formerly of Kaamos Film. The two companies are currently developing Igraine The Brave, a 3D animated feature based on a popular magical fantasy novel by Cornelia Funke. Additional collaborative adaptations and original stories are in the development pipeline for animated and live-action feature films and series, including more material based on books by Cornelia Funke. Uncharted's Volker Engel, Gesa Engel and Scharbatke will produce together with Ulrich Schwarz and Sven Pannicke of RISE Pictures.

Volker Engel founded Uncharted Territory with his partner Marc Weigert in Los Angeles in 1999 after winning the Best Visual Effects Oscar for his work on Independence Day. The company has co-produced and provided VFX supervising on such global blockbusters as Independence Day - Resurgence (2016), White House Down (2012) and 2012 (2009). Engel and Weigert also received an Emmy for their work on the three-part mini-series The Triangle (2005).

Igraine The Brave tells the story of 12-year-old Igraine, who comes from a family of magicians. She, however, is not interested in magic; she has plans to become a knight. When her brother accidently turns their parents into pigs, their beloved home Pimpernel Castle, is besieged by the knight Rowan Heartless and his master, Osmond the Greedy. The evil duo plot to become all powerful by stealing the family's singing books of magic. Now it is up to Igraine to save her family - even if it means facing giants and three-headed dragons.

RISE Production is part of RISE FX, a leading German visual effects producer that has worked on numerous features and TV series including Loki, WandaVision, Avengers - Endgame, Captain Marvel, Black Panther, and many others.