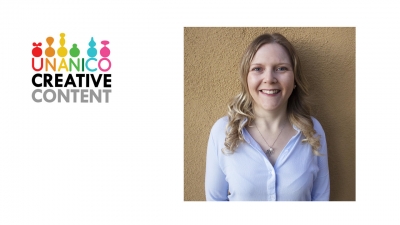 UK-based independent media company, Unanico Group, has announced that Leanne Preston (Passfonti) has been named CEO and producer. The company, dedicated to the creation of original 2D, 3D and CGI animation, with a focus on developing and producing in-house IP, adds Preston to the roster as they continue their US expansion. Los Angeles-based, Preston will be heading up content development, production, and global partnership strategies.

Preston brings with her over 14 years of animation experience having worked with and for multiple organizations on a global level. While at Nickelodeon, she worked on BAFTA-nominated House of Anubis, before transitioning into her role as head of development at Red Kite Animation. There, she spearheaded the development of award-winning DreamWorks Classics property George of the Jungle, now airing in 125+ countries, and Ella Bella Bingo, sold to 25+ countries. Prior to joining Unanico, Preston was head of production development, animation for Citizen Skull Productions, working on Nickelodeon’s Lego City Adventures, Youku and international preschool series Emmy & GooRoo and Tencent hit Mini Mind Warriors. Preston also had a stint as director of animation development for production at Gaumont Animation US.