The streaming giant's hit dysfunctional superhero family adventure series, based on Dark Horse Comics’ Eisner award-winning comics and graphic novels of the same name, gets picked up for another season. 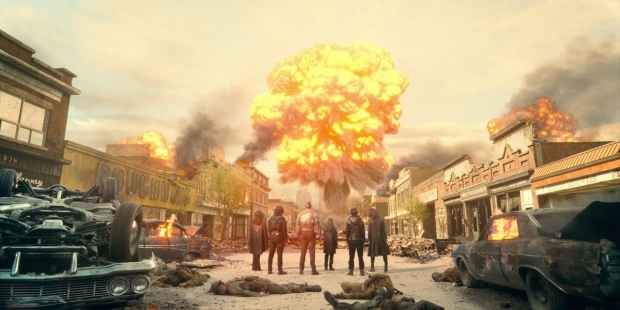 Like the first two seasons, Season 3 will consist of 10 one-hour episodes and will be produced by UCP, a division of Universal Studio Group, for Netflix. Production will begin this coming February in Toronto, Canada.

The sci-fi action series is based on Eisner award-winning comics and graphic novels of the same name created and written by Gerard Way (My Chemical Romance), illustrated by Gabriel Bá, and published by Dark Horse Comics.

In Season 2, which premiered this past July 31, in the process of preventing the apocalypse that wipes out the entire planet, the seven Hargreeves children inadvertently cause World War III. To avert yet another doomsday, Number Five (Gallagher) goes back in time to prevent the Soviets from launching a nuclear strike against America. Complicating matters is that during his Season 1-ending time jump to save his siblings, he accidentally scattered them in Dallas, Texas, each at a different time between 1960-1963. Unknown to him, saving the world and his family, then safely returning to the present timeline, centers around President Kennedy’s fateful upcoming visit to Dallas.