Film is first from the region to pitch at the conference, running March 7-9 in Bordeaux, France. 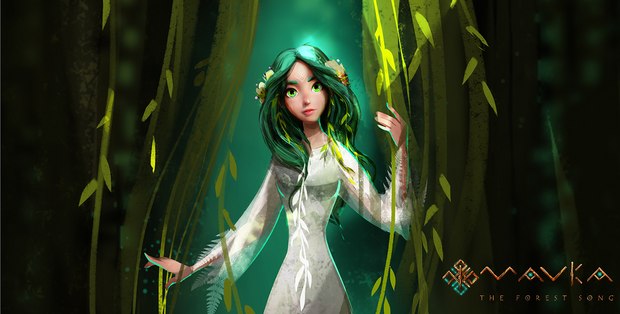 'Mavka: The Forest Song' will be pitched as an "in development" project at Cartoon Movie 2018.

Mavka: The Forest Song, from Animagrad and FILM.UA Group has become the first Ukrainian animated feature selected for participation in pitching at Cartoon Movie, set for March 7-9 in Bordeaux, France.

The project was selected for the second year in a row, having been presented in 2017 as an in-concept feature. This year, the film is being pitched as in development.

Producers Iryna Kostyuk and Anna Eliseeva, director Aleksandra Ruban and pitching consultant for the project Lyubov Krokhmalna will present the cartoon’s progress and achievement during the past year, stressing that Mavka has transformed into a universe and potential multiplatform brand.

In 2017, the script was finished and the main characters and concept art created. An animatic is in progress and all these materials will be presented at the pitching session.

From the aspect of social marketing, two global projects have crystallized: drawing attention to environmental problems in Ukraine, and exporting authentic Ukrainian culture all over the world. In both directions, the team is working with respectable partners -- with WWF in Ukraine for environmental issues and with experts on ethnography, folklore, and history of Ukrainian fashion in the cultural plane.

During 2017, Mavka was selected to participate at Animation Production Day in Stuttgart, Cartoon 360 in Barcelona, the Be Film Festival co-production forum in Brussels, a significant International Seminar of the Silk Road Countries on TV, and Film Content Production and Distribution in Beijing. Mavka’s year finished at World Animation and VFX Summit in Los Angeles, where Animagrad studio was recognized as a new strong player in the global market.

Also, the project was presented at the European Film Market during the Berlin Film Festival, the  FILMART market in Hong Kong, the MIP markets in Cannes, and the American Film Market in Los Angeles. The premiere of the first official teaser took place at Mifa during the Annecy International Animated Film Festival.

“Our trip to Bordeaux has two main tasks. The first one is to get into finishing stages of co-production negotiations with our main potential partners from France, Belgium, Germany, India, Canada and China. The second one is to strengthen Mavka’s reputation as an animated IP developing consistently and actively, so we’d be happy to find new partners in conquering the world,” says Kostyuk.

The pitching session for Mavka: The Forest Song will take place March 9 at 4:30 p.m. in Palais des Congrès de Bordeaux, room Amphi B.