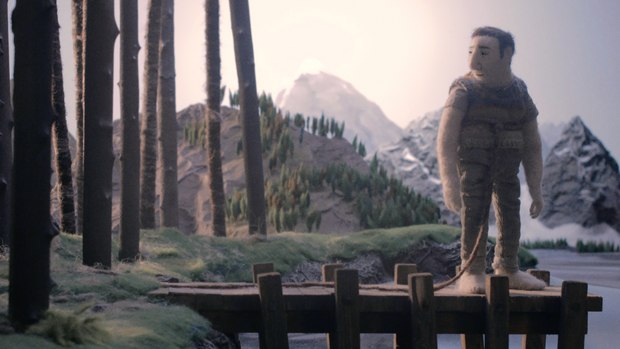 The Sundance Institute announced the prizes in feature filmmaking at the 2016 Sundance Film Festival Saturday night, with the Short Film Jury Award in Animation going to the U.K.’s Edmond from director Nina Gantz.

The Directing Award for U.S. Documentary was presented to Roger Ross Williams for his film Life, Animated. The film documents Owen Suskind, an autistic boy who could not speak for years, yet slowly emerged from his isolation by immersing himself in Disney animated movies. Using these films as a roadmap, he reconnects with his loving family and the wider world in this emotional coming-of-age story.

The U.S. Documentary Special Jury Award for Editing was presented to Penny Lane and Thom Stylinski for NUTS!, the mostly true story of Dr. John Romulus Brinkley, an eccentric genius who built an empire with his goat-testicle impotence cure and a million-watt radio station. Animated reenactments, interviews, archival footage, and one seriously unreliable narrator trace his rise from poverty to celebrity and influence in 1920s America.

U.S. Dramatic Grand Jury Prize: The Birth of a Nation

U.S. Dramatic Audience Award: The Birth of a Nation

U.S. Dramatic Special Jury Prize: As You Are

World Cinema Cinematography Award, Documentary: The Land of the Enlightened