LONDON -- U.K.-based kids learning and entertainment app Hopster has announced its international launch on Android, available to download for free via Google Play.

Hopster has also partnered with global technology leader Samsung to provide an exclusive offer to Galaxy device owners. Any U.K. customer with a compatible Galaxy tablet or smartphone will be able to download Hopster from the Galaxy Gifts store and receive a 90-day free trial to enjoy the full Hopster experience for free. The offer has begun rolling out internationally to more than 100 countries.

“We’re really excited to be launching globally on Android and offering this exclusive deal to Samsung Galaxy owners,” said Hopster founder and CEO Nick Walters. “The Galaxy range includes some of the world's most popular Android smartphones and tablets, and together we will be able to introduce even more families to Hopster's handpicked shows, learning games and safe, ad-free environment. Earlier this year we launched on the fantastic range of Samsung Smart TV’s and we are delighted to be working with them on their smartphones and tablets too.”

With its unique mix of high quality kids shows and fun educational games in an easy-to-use, ad-free interface, Hopster takes the guilt out of screen time. On Hopster, kids can engage with the very best content independently in a world that’s built just for them. Inhabited by a magical set of creatures, the Hopster tree lets kids discover over 500 episodes of fun family favourites such as Max & Ruby, Poppy Cat, Toby’s Travelling Circus, and 64 Zoo Lane. Kids can also explore Hopster’s suite of interactive learning games. Built on multiple international curricula, the games add depth to the video experience and ensure that using Hopster isn’t just fun, but also educational and stimulating.

To unlock all of Hopster, parents can trial a Club Hopster subscription through Samsung Galaxy Gifts for 90 days with no obligation to purchase. After the trial, Club Hopster is just £3.99 a month, cancellable anytime. 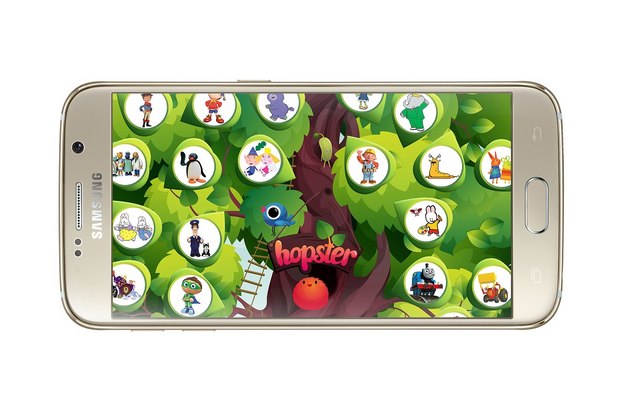