Manchester Animation Festival announces call for submissions of Short Films, Graduation Films and Films by Children for inaugural event to be held November 17-19. 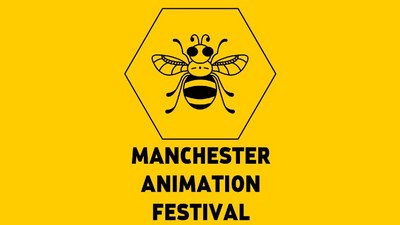 Manchester, U.K. -- A brand-new festival has unveiled its intention to unite the international animation community in the city of Manchester. With dedicated animation festivals in short supply in the U.K., the Manchester Animation Festival will provide a three-day extravaganza of animation in November 2015.

The Manchester Animation Festival has issued a call for entries for its inaugural event. The festival, which will take place November 17-19, 2015 will be hosted at HOME, the newly-opened center for contemporary film, art and theatre, theatre and film in the heart of Manchester’s First Street complex.

Categories in competition at the festival include:

Entries can be submitted through the newly launched website, www.manchesteranimationfestival.co.uk, and submissions will be taken until the August 15 deadline.

As well as short films in competition, the three-day festival will present animated feature films, retrospectives, master classes, workshops, national and international director screen talks and Q&As as well as panel discussions giving a broad and dedicated insight into the animation industry. The festival will also partner with Manimation (Manchester’s Animation Conference) which will be running alongside the festival on November 18 & 19.

“It just makes sense to hold a festival dedicated to animation in a city with such a rich heritage and booming industry like Manchester,” said Manchester Animation Festival co-director Deb Singleton. “With dedicated animation festivals in the U.K. in short supply and the brand-new arts venue HOME opening in the city we now have the perfect opportunity to celebrate this fantastic art form.”

Tickets for the event will be on sale later this year, with updates on the full program to be made available via Facebook and Twitter.