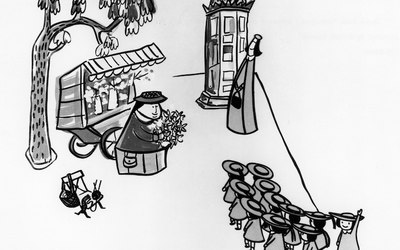 LOS ANGELES -- UCLA Film & Television Archive and the Hammer Museum are teaming up to present a free matinee screening of UPA Jolly Frolics on Sunday, July 12 at 11 a.m. at the Billy Wilder Theater in Westwood Village.

This screening will feature mid-century animation produced by United Productions of America (UPA), including classics such as Madeline, Robin Hood, Dr. Seuss and the Academy Award-winning Gerald McBoing Boing (1951).

Admission to this screening is FREE; tickets available at the box office beginning an hour before showtime.

Parking is available at the Billy Wilder Theater for a $3 flat rate all day on Saturdays and Sundays.  Enter from Westwood Blvd., just north of Wilshire.