Ubisoft and Sony Pictures Entertainment to develop a full-length feature film based on the Rabbids, the irreverent, wacky characters from the popular TV series and video games. 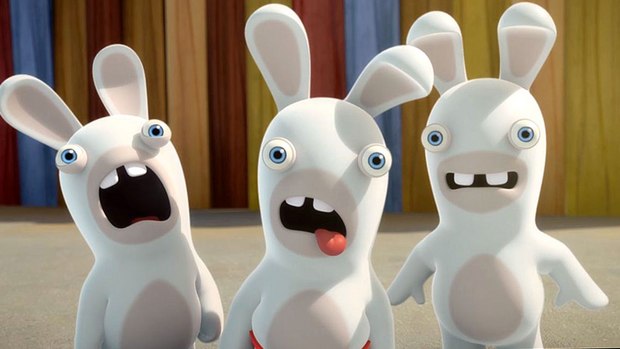 LOS ANGELES — Ubisoft and Sony Pictures Entertainment announced that the studios are partnering to develop a full-length feature film based on the Rabbids, the irreverent, wacky characters from the popular TV series and video games.

“Sony Pictures has tremendous experience developing hybrid live-action-and-animated blockbusters for audiences around the world, which makes them a natural fit for what we want to achieve with a Rabbids film,” said Baronnet. “This deal deepens our partnership with Sony Pictures and highlights our holistic approach to bringing Ubisoft’s brands to new audiences while still maintaining the brands’ creative integrity.”

Minghella added, “There is an infectious quality to the Rabbids. Their simple joy and absurd, anarchic behavior inadvertently causes you to look at the world afresh. There’s no end to the comedy and chaos they will cause when they invade our theaters.”

Recently, the Rabbids took over the small screen, thanks to partnerships between Ubisoft Motion Pictures, Nickelodeon and France Televisions. The hit show, titled “Rabbids Invasion,” has been seen more than 165 million times in five months; more than two million viewers on average tune into each episode in the U.S.

The project will be overseen at Ubisoft by Ubisoft Motion Pictures and the group will actively participate in the film’s production. Minghella and Jonathan Kadin will oversee for Sony Pictures.