Carol Beecher and Kevin D. A. Kurytnik’s ‘Skin for Skin’ gets its world premiere at Fantasia, screening in competition, and Marie-Josée Saint-Pierre’s ‘Oscar’ will also screen as a part of the Montreal film festival’s program. 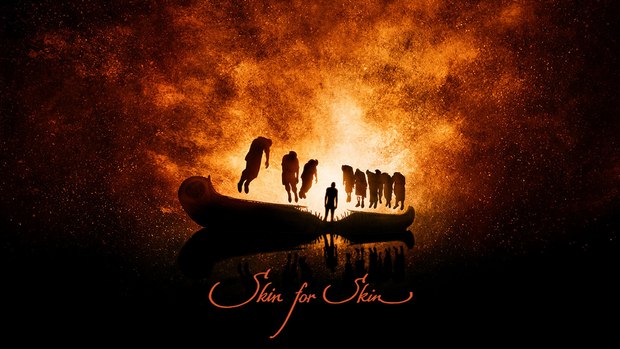 Montreal -- The animated short Skin for Skin, directed by Calgary filmmakers Carol Beecher and Kevin D. A. Kurytnik and produced by the National Film Board of Canada (NFB), will premiere at Montreal’s Fantasia International Film Festival, where it will be screening in competition.

Marie-Josée Saint-Pierre’s Oscar (MJSTP Films/NFB, in collaboration with Télé-Québec), an animated short doc about the great Canadian jazz pianist Oscar Peterson, has also been selected to screen at Fantasia -- one of the most important genre film festivals in North America, set to show films from around the world between July 13 and August 2, 2017.

Skin for Skin (15 min.) has its World premiere, screening in competition in the Outer Limits of Animation section on Sunday, July 16, 2:45 p.m., at J.A. DeSève Cinema, Concordia University. A neo-Gothic dark allegory of greed and spiritual reckoning, Skin for Skin is set during the early days of the North American fur trade. In 1823, the governor of the largest fur-trading company in the world travels across his dominion, extracting ever-greater riches from the winter bounty of animal furs. In his brutal world of profit and loss, animals are slaughtered to the brink of extinction. But one day, the balance of power shifts, and the forces of nature exact their own terrible price.

Writers/directors/animators Carol Beecher and Kevin D. A. Kurytnik have been exploring the art and craft of animation for 30 years. Since they formed their production company, Fifteen Pound Pink Productions, in 1994, they’ve collaborated on 15 animated works and garnered more than 12 awards. Films such as Mr. Reaper’s Really Bad Morning (2004) and Business as Usual (2010), as well as their series, Intergalactic Who’s Who (2009), have screened in 21 countries.

Their approach encompasses almost every form and aspect of the animator’s craft, from cameraless animation to drawing directly on 16-mm film to CGI. Carol is now developing several projects as producer for Fifteen Pound Pink Productions, and Kevin is permanent faculty for animation at the Alberta College of Art + Design in Calgary, Alberta.

Oscar mixes animated sequences and archival footage, this short film paints a heartfelt portrait of virtuoso pianist Oscar Peterson in the twilight of his exceptional career, looking back on his beginnings as a young prodigy and meditating wistfully on the impact that this career has had on his family life. Co-produced by MJSTP Films (Marie-Josée Saint-Pierre and Jocelyne Perrier) and the NFB (Marc Bertrand), in collaboration with Télé-Québec. Executive produced by Julie Roy (NFB).

Marie-Josée Saint-Pierre is a graduate of Concordia University and is currently pursuing her Ph.D. in Artistic Studies and Practices at UQAM. In the course of her career as a filmmaker, she has won over 55 international awards for her work, notably for the film Jutra.